Three lucky winners will each take home season two of the critically acclaimed “Louie” starring Louie C.K. on Blu-Ray! To celebrate the release of Season 2 on June 19th, we are holding this great contest and also celebrating Louie C.K. as the great dad that he is. Check out the complete contest announcement below, complete with Father’s Day Tips and then enter for your chance to win! 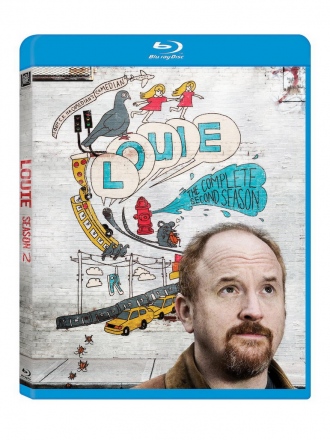 Loosely based upon the life of Emmy® Award winning comedian Louis C.K., “LOUIE” is about a 41-year-old divorced stand-up comedian trying to meet people, raise kids, and score with women. So what does a single dad do with two young daughters? Just in time for Father’s Day, we have some great activities fathers can enjoy with their daughters… even when they’re fathers like Louis CK.

The Great Outdoors
Tell your daughter to put down the cell phone and shut off the TV and go enjoy some time in your local park or hit the beach. Even a long walk amongst the trees might encourage you both to branch out from technological comforts.

Video Game Battle
Surprise, dads! A lot of girls love video games just as much as boys do! And with the advent of Nintendo Wii or Xbox Kinect, video games aren’t just for couch potatoes anymore either. So grab your remotes and challenge her to a bowling match or unleash your inner Jedi with a Star Wars game.

A Day at the Museum
It’s likely your hometown or a nearby city is host to a unique museum like the EMP Museum in Seattle, which houses the Sci-fi Hall of Fame, or Salt Lake City’s Discovery Gateway, which offers 60,000 square feet of hands-on activities.

Start a Book Club
Bedtime stories bring joy to children everywhere but don’t forget about the local library during the daytime hours. Check out their schedule online to see if there are any fun family activities or just bring your daughter for a special treat – show her what books you loved as a child.

Camp Out
Even in your own backyard, a campout is a great opportunity to teach daddy’s little girl some practical skills and of course, share some scary stories. Naturally, s’mores are mandatory.

Daddy Daughter Date
Just be sure and carve out time for you and your daughter to go out and do something you don’t do every weekend like bowling, mini golf or take in a baseball game together.

Whatever you do, it never has to be expensive or complicated. These will surely be memories both of you will cherish forever. 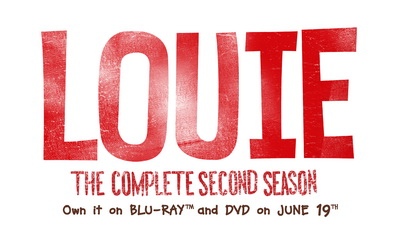 Here’s how it works:
1. You can enter once a day to win the featured prize.
3. Answer the “Question of The Day”
4. Be sure to follow us on Facebook and/or Twitter @youbentmywookie and RT: “Win Season Two of ‘Louie’ on Blu-Ray at YBMW! http://bit.ly/MzqgHk”

Contest Question: What is the ultimate Father’s Day Present?