Zombie to Return for Halloween Sequel

Rob Zombie will be returning to direct the sequel to his Halloween reboot. 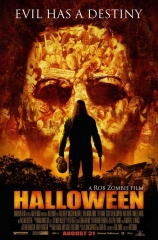 According to “Shock till you drop”, Rob Zombie will be returning to direct the sequel to his Halloween reboot.

Julien Maury and Alexandre Bustillo were originally set to helm the film – a continuation of Zombie’s 2007 reboot – but they recently parted ways with Dimension. Zombie has now pushed back his flick ”Tyrannosaurus Rex” until after the “Halloween 2” March start date.

Despite my hatred for movie re-treads, the film actually didn’t suck. That means a lot considering I really didn’t like House of 1000 Corpses, Devil’s Rejects, or Grindhouse. Who knows maybe this one will be good too.