There were rumors that Tom Welling would have a cameo in ‘Batman Begins’ as a young Clark Kent, to meet up with a young Bruce Wayne. 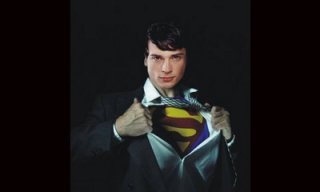 MTV recently sat down with Green Lantern co-writer Marc Guggenheim about the upcoming movie and the possibility of seeing other DC Heroes, Superman in particular, making a cameo appearance.

Suprisingly, one of the names on the tip of his tongue to take on the big screen role of the man in blue and red tights was none other than Smallville star Tom Welling.

“There were rumors that Tom Welling would have a cameo in ‘Batman Begins’ as a young Clark Kent, to meet up with a young Bruce Wayne,” Guggenheim noted. “But you have to be careful when you do things like that, because it sounds great in concept, but when you sit down to watch it, it poses the danger of pulling you out of the film.”

Guggenheim went on to say:“The fanboy in me would love that. Robert Downey, Jr. in ‘The Hulk’ was awesome. I love that stuff in general, and I think the fans would enjoy it. Brandon Routh or even Tom Welling [in ‘Green Lantern’] would be awesome. And anything is possible. The beauty part of being the writer, though, is that I don’t actually have to make that judgment call.”