From A Comic Book perspective, Why Harry Potter has Usurped Geek Culture

Comics did it first, they did it better, and I will not be missing Harry Potter now that the era has supposedly come to a close 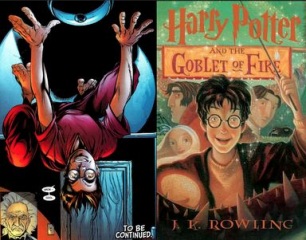 The rise in geek culture probably made Harry Potter easier to swallow. By 1998, when the Potter series crossed the pond, kids old enough to read the books had grown up with computers and Internet chat rooms (asl?). We were primed for LiveJournal, MySpace, and Facebook (and Google+?). Now we celebrate some of the most socially awkward people on the planet like +Bill Gates, +Larry Page, and +Mark Zuckerberg.

We all grew up using technology that was basically like magic to our parents (or like little men battling it out in some kind of meta-world a la Tron), but we just got it. Forget our parents. They’re Muggles. They don’t understand.

But do you know what never became really cool? Comic books (and, unless you’re a 13-year-old girl, anime).

I’ve been reading comic books for as long as I could read. While Teenage Mutant Ninja Turtles were my first superhero loves, once my mom introduced me to Spider-Man by way of a figurine with suction cups on its webbed hands, I never looked back.

Like any good Bostonian, I was raised to love academia and sports. When I picked a hobby, though, I happened upon one that was about as far away from both as you could possibly get. Comic books are ridiculed as sophomoric and the people who read them are characterized as small-framed geeks with absolutely no aptitude for anything that involves physical activity. My dad would have loved it if I grew into playing baseball, but as it happens, playing the sport didn’t hold my interest in quite the same way once the tee was taken away. (I did dabble in soccer for a little bit, though. My claim to fame was having my photo in the local paper showing me leaning against the net inside the goal, facing the wrong direction. I must have been a pretty great goalie to have my photo in the paper.)

As a lover of literature, I grew to realize there is nothing particularly singular or remarkable about the stories in comic books.

They contain mostly generic, formulaic stories about down-on-their-luck protagonists overcoming obstacles to become great heroes, even though they are often misunderstood and persecuted.

It tapped into the primal angst of youth, and captured males’ attention with geeky heroes winning the hearts of busty broads.

I got a lot from comics. Besides just cheap entertainment, they boosted my vocabulary and I discovered the power of wordplay before I ever got to Shakespeare. In the introduction of his book The Bibliophile’s Dictionary, Miles Westly pays tribute to Stan “The Man” by expressing a sentiment familiar to anyone who grew up reading comics. 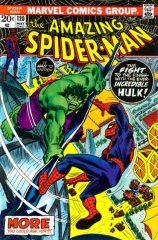 “As I got a little older, I became a comic collector, particularly Marvel Comics of the 1960s and 1970s. Many of these comics were written by Stan ‘The Man’ Lee, the man who first opened my eyes to the fun and power of a few well-selected words. Stan came from the P.T. Barnum school of bombastic phrasemaking. Here are a few samples from a ten-page story featuring a hero named Dr. Strange in the late 1960s: ‘Staring one of his myriad death-battles’; ‘penciled & inked by the prestidigitator Steve Ditko’; ‘A cosmos shudders, as the delicate balance of its most inviolable laws is upset’; ‘The cataclysmic impact of their clash threatens to destroy them both!’; ‘a fiery maelstrom rips across the void!” To a young kid from the suburbs, this was eye-opening stuff. I remember going to my dictionary to figure out what the heck this guy was talking about. It never seemed like work, though. In fact, figuring out Stan’s meaning was part of the fun, and it felt like I was becoming part of a secret society that knew about this hidden world of fantasy and excitement.”

Comics were my “hidden world of fantasy and excitement,” they were my Harry Potter, but I couldn’t share that with anyone. No one else cared. The Internet, in all its geeky glory, became a great way for me to reach out to people who had interests I didn’t share with anyone nearby. Mostly, though, I did not have an interest in Internet friendships. So I gravitated towards the coolest geeks I could find at school, while my own geekiness and social awkwardness was mitigated by an increasing love of more acceptable topics like sports and music. Those I could share.

When Harry Potter exploded on the scene, suddenly everything I loved about geeky superhero stories was thrown back in my face as everyone grew to love the new wizard franchise.

If Harry Potter had busty broads, it could have been a comic book.

I guess that is why I ridiculed the Potter craze when it reached a climax around the time Goblet of Fire came out. Nothing struck me as brilliant about a school of gifted youngsters with powers fighting people much like themselves for the good of mankind. I had read that story before, and frankly, I thought X-Men did it better (and not just because of the women). Or it could be that nothing stood out to me about a young, geeky kid wearing thick-rimmed glasses with the potential to be the greatest magician in the world who is brought to maturity by a peculiar cast of characters and has an owl as a pet (see: Books of Magic by Neil Gaiman).

In 2000, my favorite hero became tainted with a retrofitted look that could have been ripped off the cover of the US edition of Goblet of Fire. Peter Parker’s new look solidified in my mind the fact that Harry Potter had become permanent part of our culture. So, if you can’t beat them… 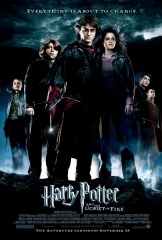 I got the first four Potter books for 99 cents from the SFBookClub (remember book clubs and their awesome sign-up deals before ebooks killed them?). I blazed through the books and all my beliefs about the sheer normalness of the Potter narrative was confirmed. Except I enjoyed them.

I’m sucker for exactly the sort of stories Rowling was peddling. But that’s OK. That’s why I’m a geek. It’s why I love comic books. Harry Potter mainstreamed the story structure I love, but not the stories.

That is why I rail against crazed Potter fans. There are fanatics who herald Potter as saving reading when there was great reading material all along.

There is still a stigma against comic books. More than comic books, fantasy outside Potter and Potter-esque books are still perceived as eccentric and vacuous.

I don’t hate Harry Potter for its popularity. The books are well-written (unlike Twilight–why is that popular again?) and they’re extremely fun. They combine all the elements I love about comic books (minus the science fiction) and compress it into a complete tale told in a finite amount of space. I don’t have to keep updating myself on the story every month (a feature of comics that comes with its own rewards).

Even though I don’t hate Harry Potter, I don’t love it, either. The books never supplied me with anything comics neglected to give me.

If you don’t understand my nonchalance about Harry Potter, you need to spend some time in your neighborhood comic book store. Comics did it first, they did it better, and I will not be missing Harry Potter now that the era has supposedly come to a close with his eighth film (it hasn’t really), because next Wednesday is new comic book day. As is the Wednesday after that, and the Wednesday after that, and the… Well, you get the point.