What’s the fate of ‘Fraggle Rock?’ Will ‘Hoodwinked 2’ ever get released? Why did ‘Land of the Lost’ suck harder than a black hole? 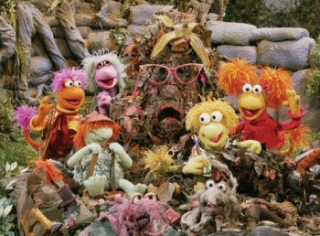 YBMW: Excellent. Now, what can you tell us plot-wise as far as at least your version of the script?

Cory: Recently there have been a lot of new discussions about the script, and about the whole plot itself. The script is in a serious state of flux right now. The studio thought they knew what they wanted, encouraged me in a certain direction for two years, and now they want something different. So it’s hard to even tell you what it’s about at this point. I was way down the road on a story that I was passionate about, but now it’s all up for debate. This is all frustrating, painful development stuff, but hopefully, ultimately, it’s to make it the best movie possible.

YBMW: I know you can’t give too many details, but I’ve spoken to a whole bunch of Fraggle fans and they had some specific questions.

First, how will you be handling Doc? 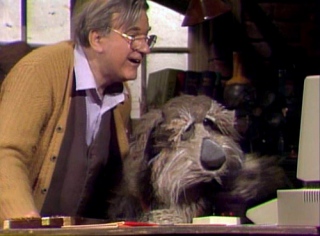 Cory: Doc. Doc is in the movie. What’s interesting is that Doc was played by so many different actors all around the world, so it kind of opens it up for us to re-cast him. I know the most beloved version of Doc is from the Canadian produced version, which I believe that actor now would be 90 or something. But I have high hopes for a major actor to play that part.

What I love about Doc is he’s always so central to the Fraggle’s lives and he affects them, but he never knows it. And we’re trying to keep that going with the movie.

YBMW: Ok. So that means that you’re definitely going to have Sprocket then as well, right?

Cory: Yes, oh yes. Sprocket- currently he is in the movie.

YBMW: Ok. How about the Doozers?

Cory: So far, the Doozers are in the movie.

YBMW: Excellent. How about the Gorgs and the great Trash Heap?

Cory: I want to make sure the great Trash Heap is in the movie, and that she helps move the plot along. The Gorgs have been a little tricky. You know, a lot of fans – and this includes people within the Jim Henson company, have said “you gotta put them in.” But we’ve got a lot of things to do in one movie. I think the Gorgs could be a movie in themselves. 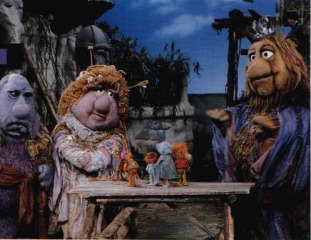 YBMW: Let’s talk about the whole issue with them sending back the script to you. And saying it wasn’t edgy enough.What happened?

Cory: That’s the only thing that I’ve gotten back from the studio, as an overall note — “that they may want to bring in another writer, and they wanna make it edgier.”

That really disappointed me. And it really concerns me.

My blog created quite a brushfire. And I kind of thought it would. But what it’s also done is gotten people talking again. Since then, I’ve been able to sit down with Weinstein’s new VP of Development and really talk about their issues with the movie. We’ve had some very good conversations about what they think “edgy” is and what I think “edgy” is.

We got down to the philosophies of why to even make a Fraggle movie in the first place. And I think they’ve been able to qualify their word “edgy” with the word “older.”

They want this movie to connect with an older, more sophisticated audience. I want to help them figure out what that means so that we are both happy. But right now it’s up to the studio to decide what they really want and how they’re going to move forward.

And I want to be as clear as I can to everybody who’s made comments out on the internet that I am not someone who can’t take criticism about my script. If my script needs to be thrown out, or my script needs to be gutted, or they need to bring in another writer to work with me from page one, let’s do it, let’s go. ‘Cause I wanna make a movie. That’s what I want to do.

YBMW: Excellent. Now, so let’s say they toss your script, and they hire someone new, and they come back to you with a whole new script. How much creative control do you have at that point from the director standpoint? 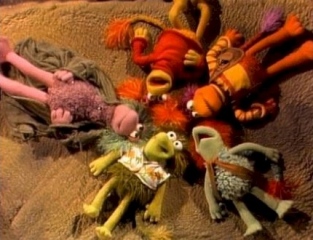 YBMW: So, can you tell us anything about the other projects that you’re starting to work on?

Cory: I’m working on a lot of projects in many different genres. But I’m a fanboy geek at heart. I’m attached to a sci-fi action film written by Brian Leff that’s a good old-fashioned dogfight movie. It puts everyday teenagers into the middle of a galactic war. I’ve got a sci-fi comedy that I wrote which is like the blue collar, working man’s version of the Star Wars universe. I’m doing that with Paul Schiff, the producer behind “Rushmore,” among other films. Then there is my giant robot movie – based on a lot of old Japanese shows and anime, but this is my own original myth that is going to be live action. I’m simultaneously developing the graphic novel on that one, and there will be some teaser images released at Comic Con. People can look for the CreatorSafe.com booth there — they’ll be releasing it as a motion comic.

And one I’m really excited about is a big adventure franchise the likes of Indiana Jones and Pirates of the Caribbean. I’ll be taking that one out around town with John Davis, the guy behind the Predator movies and Gulliver’s Travels.

I’ve got a few more, but these are some of the highlights. I’m looking at the career that Jon Favreau is having now. That’s the place that I’d love to be in, working in that fanboy world. Whether that’s superhero films or films like Elf or Zathura, you know.

I’m cursed with a lot of big budget movie ideas, so those take a long time to get commitment on. And then I’ve got a couple of scrappy low budget things that maybe we’ll do if the big things don’t happen. I’m one of those guys that likes to have a lot of things on the burners. Many pots on many stoves.

I do have an animated project I’m very excited about, too. It’s an epic thing that I think could be a franchise too. I’m taking that to Dreamworks this week.

YBMW: Very cool. Are you looking at traditional animation or CGI?

Cory: It’s a CGI film. I do still have a love for 2D animation, though. And I’m excited about it coming back. I hope it does come back. There’s nothing like it.

YBMW: Are you a fan of Miyazaki stuff?

Cory: Yeah, you know, I am. I’m kinda new to the game with Miyazaki. A lot of his stuff is very, very strange to an American sensibility, but when I saw Nausicaa, Valley of the Wind, that’s become one of my favorite films. And Castle in the Sky, Ponyo.

Cory: They really excited me. I’ve only discovered those in like the past few years, and now visually he is influencing a lot of what I want to do on screen. The scope of his stuff, and the imaginative design that he has for creatures and characters.

I would love to see a live action or CGI version of Miyazaki’s stuff. That’s the primary vision I have for my big robot film. I’m really trying to see what we could do to get that Miyazaki look in scope and frame, but with live action. But we’ll see, it’s hard to wrap your head around. 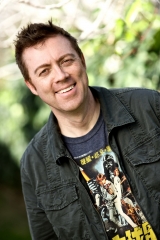