Each year, Hallmark puts out an amazing array of magical Holiday Ornaments , and each year we go through the more than 200 new releases to find the ones that we think are the absolute coolest.

Each year, Hallmark puts out an amazing array of magical Holiday Ornaments , and each year we go through the more than 200 new releases to find the ones that we think are the absolute coolest.

Most of our ornaments are from movies, comics, and cartoons, but there was something special about Santa’s Hotline that made it worth showing off. While it may just look like a little red phone, this little ornament is whole month of holiday fun! Just turn the dial on the front once a day, starting December 1st, and you get a very special holiday message that counts down the days to Christmas. If you’ve got a kid who keeps asking how long till Santa gets here, this is the perfect way to keep him busy! 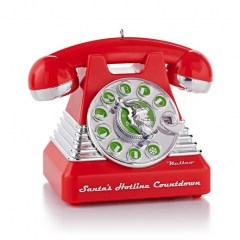 This is the ultimate ornament for the classic Mickey Mouse fan. The ornament was created to honor the old Disney short, The Band Concert, in which Mickey gathers up the gang for a concert that gets interrupted by a tornado.
What makes the ornament so cool is that when you pull the lever, it lights up, plays the William Tell Overture, and then the mirrors in the middle act like a zoetrope, animating the cartoon panels on the inside of the ornament! 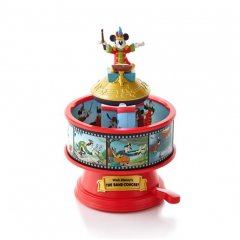 With Star Wars: Episode VII on the horizon, now is the best time to look back on the last great Star Wars film, Return of the Jedi. We loved this ornament’s detail on both C3P0 and Jabba the Hutt. The only thing missing is Salacious Crumb and a couple frogs in Jabba’s bowl. This is a great ornament for the hard core fans because of the sound feature in the ornament. While it sadly doesn’t play “What do you Get a Wookie For Christmas if He’s already Got a Comb”, it does feature the entire audio of both Jabba and C3P0 has he translates Luke’s Death Sentence decree! 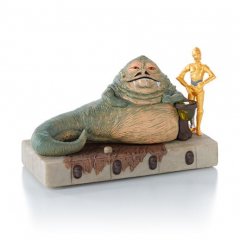 It just isn’t Christmas without Peanuts. Hallmark has released a couple of new Charlie Brown ornaments this year, but this is the coolest. Why? Not only does it capture the classic, reoccurring scene from the comic strip of Lucy holding the football for Charlie Brown, only to pull it away at the last minute… But when you pull back the lever, you get both the audio from the scene and the figurines on the ornament actually come to life and re-enact it! 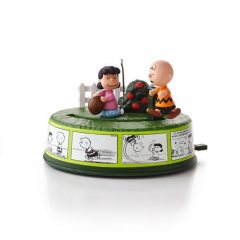 The Muppets are like bacon. They make everything better, even Christmas! Every year, Hallmark puts out a new Muppet ornament and this year, it is one of the most iconic images in the history of The Muppets – Kermit, sitting on a log in the swamp, playing his banjo and singing Rainbow Connection. Even more, just push the button and you get around a 30 second clip of Kermit singing the song! 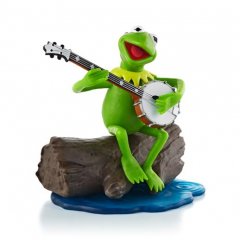 This is just one of the coolest and most unassuming ornaments that Hallmark has put out this year. At first it looks like a nice little ornament with a sculpture of the castle from Cinderella. That’s just the beginning. Now, push the button and not only does it play “When you wish upon a star, but light up fireworks start going off in the background!” 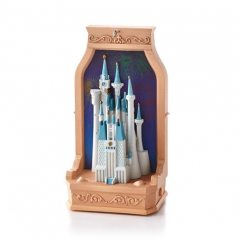 JK Rowling is busy at work finding new ways to bring the world of Harry Potter to life on the big screen, but fans will always remember where it began, Hogwarts. Now, Hallmark has released an extremely detailed new ornament of the wizarding school. How detailed? They sculpted everything down to the little boathouse at the bottom of the cliff. Also, it has two additional perks: It plays the theme from the movie and it has a little spot in the back where you can attach it to a Christmas light and light up the school, giving it an even more magical feel! 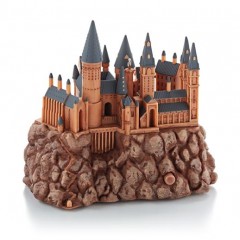 With all the news coming out about the new Spider-Man film and the cinematic introduction of The Sinister Six, we couldn’t leave out Hallmark’s new Spider-Man ornament. This one will be most appreciated by the older fans. It features spidey hanging from a rooftop by his web, and when you press the button, it plays the theme from the classic Spider-Man Cartoon. 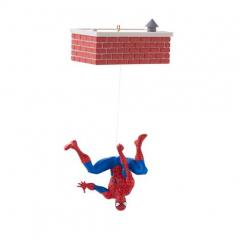