When Kanye brought back vizor shades from the 80’s, people questioned his judgement. Then, he knocked up a Kardashian and everyone just shook their heads. Now, had he ditched the regular shades and picked up a pair of Dropshades, it would have been a whole different story. Drop shades are freakin sweet. We were lucky enough to get our Drop Shades right before a big party, so we put them on and became the center of the universe. What makes these shades special is that they have LEDs in the visor portion of the shades that light up and react to sound around them. We were worried that in a loud setting, they’d just be pinging all the way up, all the time. We were wrong. Dropshades have a gain filter built into them that means they’ll react evenly whether you are in a quiet room or at a concert. Oh, and if you are wondering about how the light affects your eyes… it doesn’t! The lights are all shielded on the eye side of the shades, so you don’t see anything but the faces of the people staring at you in awe. Check out this video of the dropshades in action.

Get yours today at: Dropshades

We’ve been talking about Cufflinks.com for years in the guide, because they have some of the coolest, geeky cufflinks and men’s accesories that we’ve ever seen. In the past, we’ve mostly focused on the cufflinks (and we’ll be talking about them a bit further down), but first we wanted to talk about one of many other great things they’ve got. First up, is their Star Wars money clips. Money clips have really come back into fashion in recent years. Not just for men either. We really love the design of the R2-D2 money clip, but they’ve also got them featuring the Imperial logo, Rebel Logo, C3P0, Vader’s Chestplate, Vader’s mask, Boba Fett, and Storm Troopers. 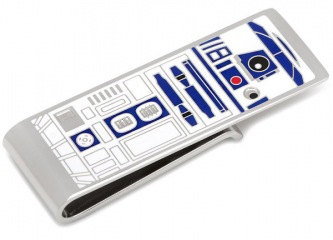 Along with cufflinks and money clips, Cufflinks.com also now offers some really spiffy Star Wars Socks. We checked out the Darth Vader socks and they were so comfortable that it made the dark side seem like a good life choice. If Vader isn’t your cup of tea, they also offer the socks in Striped Imperial, Lightsaber Duel, Rebel Repeat, X-Wing, and Yoda. 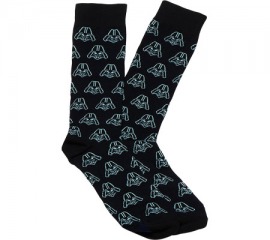 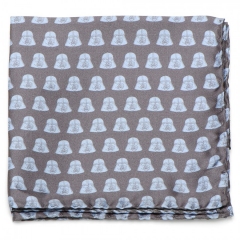 So far, we’ve focused on all the formal accessories for grown ups, but Cufflinks.com has also created some great options for the little Jedi or Sith on your gift list. Most kids would probably start plotting your death if you gave them a tie, but most neckties don’t have X-Wings and Storm Troopers on them. Nothing says Midnight Mass on Christmas Eve more than a little boy in a suit and a Darth Vader Tie. 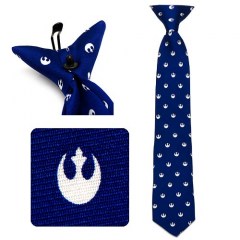 The Verilux Orbit Relaxation Lamp is the perfect stocking stuffer for the person in your life who looks a little stressed. We spend our days surrounded by harsh, energy draining light from fluorescents, computers, and all of our mobile devices. At the end of the day, the Verilux Orbit Relaxation Lamp actually helps you to relax and unwind with natural spectrum light. The light is small (around the size of a softball), and battery powered. It works great as a reading lamp with it’s natural spectrum white light, but also works brilliantly (no pun intended) as a relaxation lamp. With the tap of a finger, it changes from white to a relaxing spectrum of calming colors that helps woo you into a more relaxed state.

Get yours today at: Verilux

OK, a bit of disclosure here. We aren’t just telling you to buy the Dark Chocolate Sriracha bars from ThinkGeek because they are delicious and because they were the very first sriracha chocolate bars on the market. We’ve got a little bit of skin in the game. That’s right, Geeksweets, the company that makes these chocolate bars is us! What better reason could you have for buying them? You’ll be supporting Youbentmywookie with every spicy bite of delicious chocolate! If that’s not enough for you, there’s also just the fact that with almost 20,000 bars sold through ThinkGeek, we can be pretty sure that we’ve stumbled on to something pretty awesome. Let some of that awesome stumble into your stocking this holiday season.

Get yours today at: thinkgeek

You already know that bow ties are cool, but what you might not know is that their coolness factor increases by a factor of about 1000 if that bow tie also lights up. That’s exactly what the new black, light-up bow tie from Electric Styles does.We were very impressed with the quality and comfort of this bow tie. It was easy to wear and simple to operate. It just takes a couple of aa batteries that that are connected through a wire, so you can actually change the tie from off, to on, to blinking, by pressing a button in your pocket.

Electric Styles does more than just bow ties (though that would really be enough).They also have a several varieties of traditional neck ties. When we say traditional, we are just talking length, because the fact that they light up (and some even react to sound) is anything but traditional. Look, these ties are just fun. It is really hard for a person to be mad at you when the lights on your neck tie dance to the sound of their voice. Even just the standard light up neck ties are a great conversation starter. They also make it really easy for your friends to find you in a dimly lit bar. 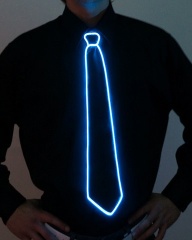 Check Back Soon! We’ll be adding a lot more to the guide over the next couple days!