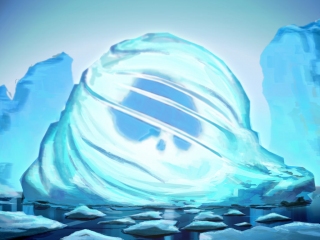 Entertainment Weekly has the scoop on casting for the live action movie adaptation of the Nickelodeon hit show Avatar: The Last Airbender. As many people know, M. Night Shyamalan has been tapped to make the film even though he tanked his last couple films and there are no mystery plot twists in the story. The film is on track to be a three movie epic and Paramount has decided to go with some smaller names to fill out the cast. With any luck, we’ll be seeing the movie in theaters in the summer of 2010.

After an open casting call in Texas, Shyamalan discovered karate star Noah Ringer and offered him the part of Airbender’s 12-year old hero, Aang, an Avatar with superpowers who must stop the Fire Nation from destroying the world. Twilight’s Jackson Rathbone has been asked to play Aang’s pal Sokka, while Nicola Peltz (Deck the Halls) will star as his sister Katara. Genial singer Jesse McCartney, meanwhile, is negotiating to play against type in the role of the Fire Nation’s evil prince Zuko.