McFarlane’s SportsPicks unveiled their upcoming NHL 30 series today that features new poses for Daniel Sedin and Pavel Datsyuk, as well as new uniforms for Brian Gionta and Ryan Smyth. Moreover, Toronto goalie James Reimer makes his Sports Picks debut as a Collector Level ONLY figure, while Hall of Famer Mario Lemieux is showcased in an iconic pose, raising his first-ever Stanley Cup from back in 1991.

McFarlane’s Collector Level is strongly represented in NHL 30 with four figures having rare Collector Level versions. Look for NHL 30 to arrive in stores in mid-January 2012. 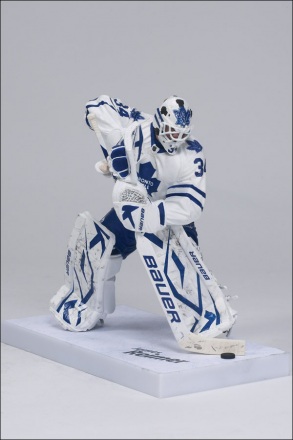