A few days ago, Marvel.com unveiled the new Marvel Legends Moonstar. Today, courtesy of Previewsworld we now have our first look at the new Hasbro Marvel Legends Series 3 Punisher, in addition to series detail and when fans can expect them to hit retail. 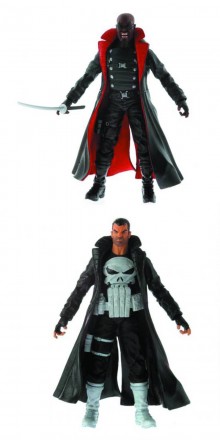