It’s 2010. Wanting to get with the times, Mattel has released their first ever and long awaited Asian male doll in the Barbie line.

It’s 2010. Wanting to get with the times, Mattel has released their first ever and long awaited Asian male doll in the Barbie line. The Asian Ken doll will be part of the World line and represents Japan. While this sounds great and dandy (YAY for equality) it’s hard to really get too excited.

According to Neil’s Doll Room, the doll clearly ignores both “authenticity” and “cultural accuracy.” Citing that it looks “like an anime villain sans the big eyes” and that he “also looks fat.”

If you ask me, my take is simple, “WTF is this SH*#!?” I’ve been to Japan. I watched “Heroes.” Since when do Japan people dress like this? And if it was done as a historic take, at least get the outfits right! I’m not even going to comment on the Geshia hooker-whore Barbie who “accompanies” Japanese Ken. I can’t wait to see how Chinese Ken/Barbie looks. Wait, I don’t have to, I’ll just go look up the most stereotypical image of Chinese people from the 1910s… Way to fail and fall hard on a curb, Mattel. 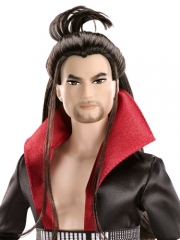 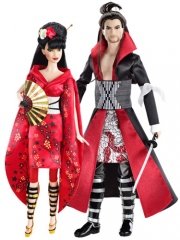