After the success of the limited edition Spawn statue, McFarlane toys is following up with an amazing new statue of the character Haunt.

Standing 12-inches tall (base included), the statue projects all the energy and intensity of the popular comic series. Haunt, known for uncontrollably charging into action, is captured leaping off the base.

The limited-edition Haunt statue was created, developed and designed by Todd McFarlane and his award-winning McFarlane Toys design group. With more than two years in development, the Haunt statue includes all the incredible details that McFarlane is known for in the high-end collectible market.

Each base features a plaque hand-signed by Haunt creators and comic superstars, McFarlane and Kirkman. Additionally, the exquisite piece is limited to ONLY 500 Statues and each is individually numbered (1-500).

This limited-edition Statue retails at $185 with FREE Shipping (Only available in US and Canada). Preordering is open NOW and quantities are extremely limited. .

The Haunt resin statue is planned to ship 4th Quarter 2012. Customers will not be charged until the order is shipped.

Don’t pass up a chance to own a piece of McFarlane and Kirkman’s comic legacy! 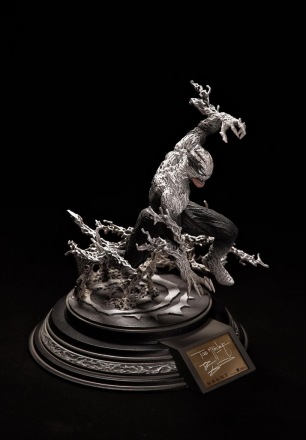