Medicom: Where The Wild Things Are Kubricks

Imported from Japan! Released just in time for this summer’s release of director Spike Jonze’s live-action adaptation of Maurice Sendak’s classic children’s book, Where The Wild Things Are, these Kubrick figures bring the story’s memorable characters, from the young boy Max to the Wild Things he meets in the forest of his imagination to life. Each figure stands approximately 2″ tall and features the stylization and articulation collectors expect from Medicom’s acclaimed Kubrick figures. 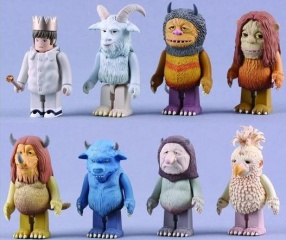