From Scott Pilgrim to Living Dead dolls, Thundercats and even 20 inch tall Batman Mez-Its, Mezco Toyz has some of the coolest Comic Con Exclusives of the year!

Here’s the final round-up of summer exclusives from Mezco Toyz. They’ve managed to have one of the most varied and exciting line ups of stuff that I wish I could afford this convention season. If want some of these but aren’t able to make it to the conventions this summer, you can always pick them up HERE... until they sell out. 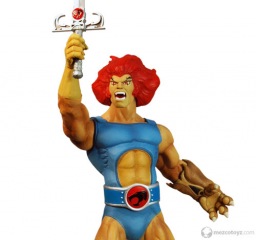 ThunderCats Mega-Scale Lion-O Variant $50.00
This mega-scale figure measures over 20 inches tall from the tip of his upraised, extended sword to the soles of his Thunderian boots.
Featuring 7 points of articulation this mega figure is superbly detailed, perfectly capturing not only the iconic look of Lion-O as he appeared in the classic television series, but the essence, of Lion-O as he proudly raises the mystic Sword of Omens towards the heavens and roars out “Thundercats, Ho!”
This special Summer Exclusive Variant Edition features:
*Interchangeable glowing eyes head and open mouth heads
*Both Sword of Omens and short sword of Omens
*Alternate left hand Claw Shield
Lion-O is packaged in a collector friendly window box that allows him to be displayed while remaining Mint In Box. This is a non-numbered limited edition item. Edition size TBD.


This is a non-numbered limited edition item.
Edition size TBD. 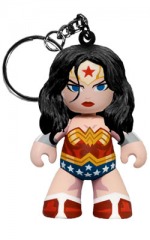 DC Universe Mez-Itz Wonder Woman Key Chain $7.00
Mez-Itz Wonder Woman is the first female character in the DC lineup and the first to feature sculpted hair.
The Princess of the Amazons stands 2inches tall and features 5 points of articulation and a sturdy metal clasp.
This is a non-numbered limited edition item.
Edition size TBD.


He features a yellow hat and black shirt with the famous San Diego Comic- Con logo.

SackBoy features 7 points of articulation and a removable hat. 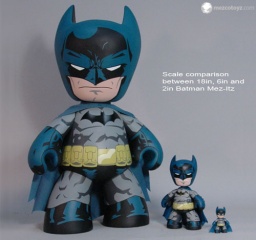 20 inch Tall DC Universe Mez-Itz Mega Scale Batman $200.00
This 300% Batman Mez-Itz measures 20 inches from the tip of his ears to the soles of his batboots.
He features a real cloth black cape. Just like the standard Mez-Itz, he features 5 points of articulation and 1000 points of fun.
Mez-Itz Mega Scale Batman is securely packed in a sturdy full color box (the size of a dorm fridge) featuring glossy highlights.
This is a non-numbered limited edition item. Edition size TBD.
Mega Scale Batman Mez-Itz is available in 2 versions: Limited Edition Black and Gray and Ultra Rare Variant Limited Edition Blue and Grey. 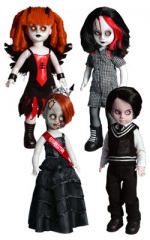 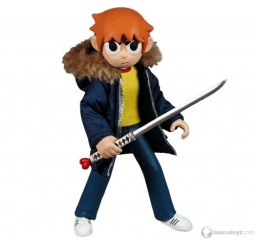 Scott Pilgrim 6” Exclusive $20.00
Mezco’s 6” figure captures the wide-eyed enthusiasm and quirky nature of Scott Pilgrim and features 8 points of articulation.
Originally displayed at Toy Fair, this version of Scott Pilgrim had to be removed from the initial wave of figures due to production issues.
Now, thanks to overwhelming demand, this special edition is being made available to Scott Pilgrim fans!
This variant figure wears a yellow shirt and comes with a removable cloth coat, the Power Of Love sword, and guitar.
This is a non-numbered limited edition item.
Edition size TBD.