Andrew Bell’s Android figures seem to inspire more customs than just about any other piece of DIY vinyl out there right now. Mikie Graham is now getting ready to put his stamp on the figure with a set of custom Android blind box figures that he’ll be selling through Dragatomi.com starting today.

Each figure comes inside of a custom box with a wooden display base & a mini print telling the character’s person story. 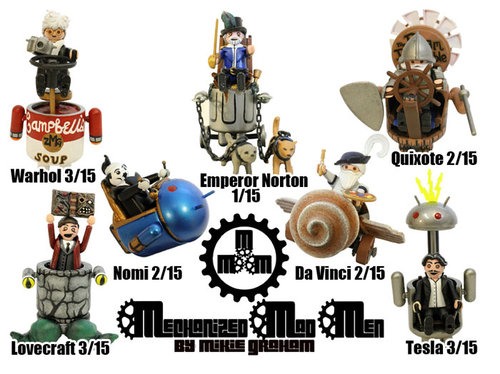 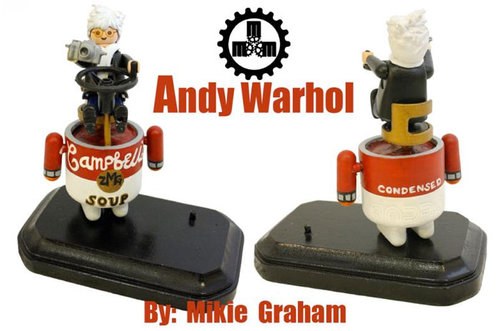