NECA has announced and released new images of Aliens Xenomorph Warriors coming in June. The figures will be based on the Alien Genocide comic books.

Each Xenomorph will feature over 30 points of articulation & stand over 9″ tall. Including extending inner mouths, bendable tails, double elbows & knees.

Alongside the comic book 2-packs, NECA will also release 2-packs of Hudson vs Damaged Warrior (blue w/ shotgunned head) and Hicks vs Damaged Warrior (brown w/ shot up torso). Hicks & Hudson will have all new helmeted heads and new expressions. Fans can expect them to be released later this year.

NECA has also said that there will be at least 13 ALIENS figures released this year. 2 series with 3 figures each, the 3 different 2 packs and a Queen boxed set! 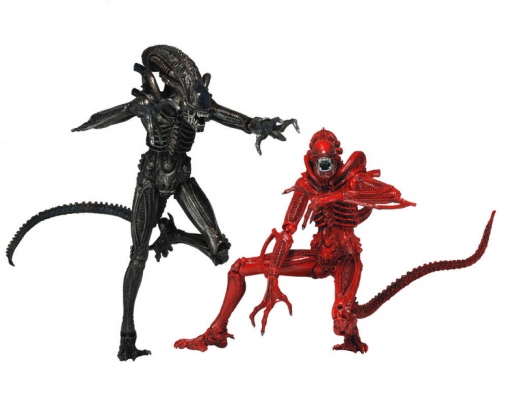