NECA’s Newest Robocop variant action figures are a love letter to anyone who grew up in the 80’s.

NECA’s Newest Robocop variant action figures are a love letter to anyone who grew up in the 80’s. They aren’t going back and reproducing the old toys. Instead, they are giving us two awesome new variant figures that have the same sense and style as what would have been done then… if they had the artists and technology of today.

The two figures they showed off were the glow in the dark (Night Fighter Robocop) and the Battle Damanged Robocop. I would have killed to have had figures like this as a kid.

To add to the vibe, NECA has gone out of the way to create packaging that harkens back to the days of Yore… or at least to the style of the old Kenner Robocop toys from the original movies. I love to see companies step outside their norm and go the extra mile like NECA is doing here. I love it even more when the figures look as amazing as these do! 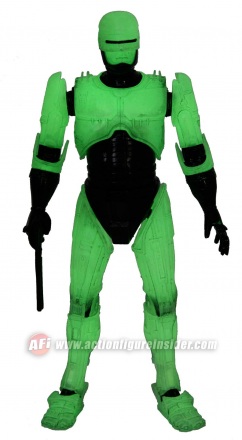