We’ve got some great new pics of a few of the toys that will be coming out along with ‘The Dark Knight Rises’. First up are the standard Mattel action figures. The basic figure looks pretty cool, but I’m a bit confused about the super drilling Batman and whatever the hell that giant box is that he comes with.

The most interesting images we’ve got are from Funko’s Pop! line. We’ve got a super cute Bane and Catwoman figure hitting the shelves to celebrate the movie. Why is Bane so damned cute!?! I wonder if he giggles playfully while snapping Batman’s spine…. 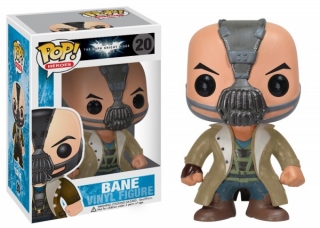 Here’s a look at some of the toys already announced