Prepare to spend a lot of money.

Chronicle Collectibles is about to take a huge chunk of change out of the pockets of Jim Henson fans all over the world. The company has just put up replicas of the Skekis Castle and the Emperor’s Scepter from Dark Crystal up for Pre-Order and the Ello Worm from Labyrinth up for sale on Thinkgeek.com. 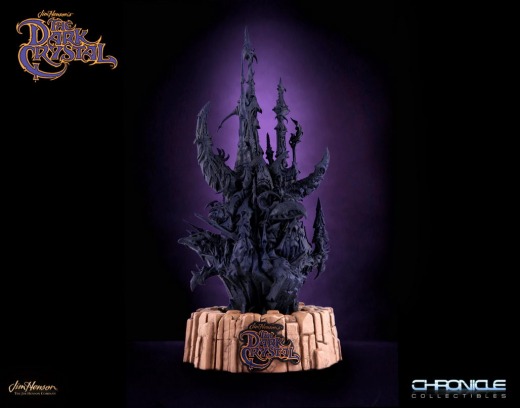 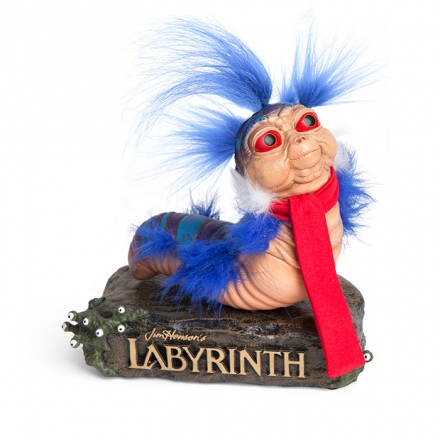 To ensure fans are getting a high-end collectible made to exacting standards, The Jim Henson Company allowed us to 3-D scan the original screen-used prop. We then painstakingly documented and photographed every twist and turn of the spires to guarantee a precise scaled replica that The Dark Crystal fans will be overjoyed to own. We are also pleased to reveal that we have it on good authority that the same Castle of the Skeksis prop we had access to will be featured in the upcoming Netflix series The Dark Crystal: Age of Resistance. As such, we expect this limited edition piece to sell out quickly once that word gets around when the new series debuts.

Measuring over 18” tall and approximately 8” wide and made out of polyresin, this museum-quality scaled replica will be the perfect centerpiece to show your love for The Dark Crystal. The next Great Conjunction is near! Use our interest-free payment plans and order yours now before the three suns align again and this limited-edition piece is gone!

Dimensions
Product is approximately 18” tall on an 8″ diameter base.

“Today, a new emperor must seize the throne.”
Chronicle Collectibles proudly presents our first offering from The Dark Crystal: the 1:1 Emperor’s Scepter! Now you can finally own the scepter at the center of the power struggle following the Emperor’s demise, minus having to go through a Trial by Stone. This first-of-its-kind life-size prop replica was made using a scan of the original screen-used prop and is officially licensed by The Jim Henson Company. As a limited-edition, high-end collectible, the 1:1 Emperor’s Scepter will surely be the pride of any fan of The Dark Crystal.

Fulfill the prophecy and make Chamberlain jealous! Take advantage of our no-interest payment plans and order yours today before the three suns align again and this limited-edition piece sells out!

Labyrinth ‘Ello Worm 1:1 Scale Statue – Exclusive
‘ELLO!
What a night. Sarah’s parents leave her to babysit her little brother, never bothering to ask if she has plans. Goblins come and take the poor boy away. Then she finds herself outside the Labyrinth, tasked with finding her way to the center or losing her baby brother forever! David Bowie sure could be mean. Once inside the Labyrinth, the first creature she meets is only referred to as “The Worm” (and no complaining, because she met Hoggle outside the Labyrinth). And if she just took the time to come inside, she might have learned the easy way to get through.

So, come inside, have a nice cup of tea, meet the missus, and take a little magic from the Labyrinth home with you now, when you buy this Labyrinth ‘Ello Worm 1:1 Scale Statue. Chronicle Collectibles made this guy especially for us. With tufts of hair and a fabric scarf, he’s perched as if he’s about to offer advice on a rock from the wall, only this one has the film’s logo on it in case people seeing your statue are confused about where they’ve met this little guy before. Best part? He’s actual size.