While I’m not the biggest Mission Impossible fan, I know they’ve never let me down and after seeing the new trailer, I think I’m going to have to give this a go.

Here’s the official film synopsis:
Director Brad Bird and Producer J.J. Abrams bring us the action packed, entertainment event of the holiday season with MISSION: IMPOSSIBLE – GHOST PROTOCOL. This is not just another mission. The IMF is shut down when it’s implicated in a global terrorist bombing plot. Ghost Protocol is initiated and Ethan Hunt and his rogue new team must go undercover to clear their organization’s name. No help, no contact, off the grid. You have never seen a mission grittier and more intense than this. 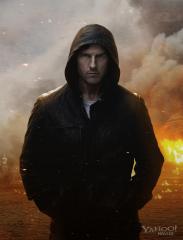