From the toy company that brought us some of the best toys based on the Simpsons and Teenage Mutant Ninja Turtles, Playmnates is now bringing us a new line of toys based on the notorious Fox animated series Family Guy. Here’s your first look at their first series of 4.5″ Family Guy: Crazy Interactive World figures and playset. 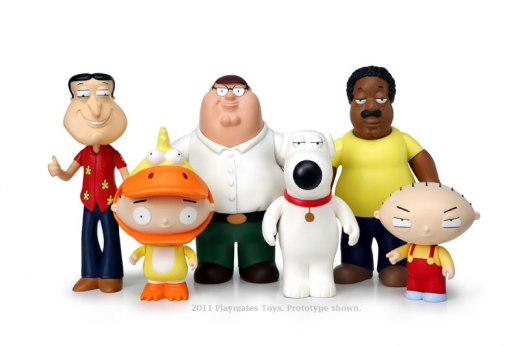 The first series will include the six figures with the first playset being the Griffin’s living room:

The playset includes over 40 phrases from the show and an exclusive Lois figure. The set works with all the figures from series 1 and will be compatible with future released figures. AA batteries are included.

Look for these to to hit select stores and online retailers by August 1st, 2011.