That is one of the coolest Batman figures released in a long time.

Cake is a Card Wars champ who can’t be beat, and Fionna…is really tired of getting beaten! They set off in search of a challenger who can really test Cake’s mettle. When they stumble across some gamer slugs, they think they’ve hit the jackpot, but these guys have never heard of Cake and refuse to even play with her! This SDCC 2015 edition is limited to 3,000 copies.

Write-up: Bob’s Burgers is back for more! Join the Belcher family for the second-ever series of the Bob’s Burgers comic book! Brought to you by the producers and animators of the hit TV show, this series brings back your three favorite Belcher kids, along with some brand-new stories from the minds of Bob and Linda. Each comic includes new installments of Tina’s Erotic Friend Fiction, Louise’s Unsolved Mysteries and Curious Curiosities, Gene’s Rhymey Rhymes That Could Someday Be Songs, Linda’s Attempts to Take a Nice Family Picture in Front of the Restaurant (And How It Always Goes Wrong), and Bob’s Fantasy Food Trucks (If Money Were No Object). This SDCC 2015 edition is limited to 3,000 copies.

Two iconic franchises collide for the blockbuster crossover event of 2015! The crew of the U.S.S. Enterprise meets the Green Lantern Corps for the first time in an all-new adventure that spans the cosmos! Don’t miss the thrilling first chapter of THE SPECTRUM WAR, as Kirk and Spock make a most unusual discovery on a lost world… igniting events that will change the fate of empires! LIMITED TO 3,000 COPIES!

Two iconic franchises collide for the blockbuster crossover event of 2015! The crew of the U.S.S. Enterprise meets the Green Lantern Corps for the first time in an all-new adventure that spans the cosmos! Don’t miss the thrilling first chapter of THE SPECTRUM WAR, as Kirk and Spock make a most unusual discovery on a lost world… igniting events that will change the fate of empires! This SDCC 2015 edition is available for purchase in 2 limited versions: Covers A and B are limited to 3,000 copies each, and the Incentive Cover C Wraparound version is limited to 3,000 copies.

The Civil War never ended. Welcome to the Warzone, where six years of non-stop battle between the forces of the Blue and the Iron have split the nation down its center, utterly transforming it. In a world of new alliances and strange enemies, President Tony Stark and General Steve Rogers meet to make one last attempt at peace. Limited to 5,000 copies!
Rated T+

ALL THE ANGELS SING!
Rated T+

• The Emperor’s machinations revealed!
• Everything changes for Vader!
• The tale of Vader’s transformation from A New Hope to The Empire Strikes Back continues!
Rated T
Star Wars © Lucasfilm Ltd. & TM. All rights reserved. Used under authorization. Text and illustrations for Star Wars are © 2015 Lucasfilm Ltd. This SDCC 2015 edition is limited to 5,000 copies.

You know him…you love him…now, join him for his biggest caper as master of charm Lando Calrissian gets his very own comic book! Before he joined the rebellion, before he ran Cloud City, Lando made his way in the galaxy getting by on some swindles, some swagger, and a smile. Lobot at his side, Lando has a plan to steal a very valuable ship…but has he bitten off more than he can chew? Writer Charles Soule (DEATH OF WOLVERINE, INHUMAN, SHE-HULK) and artist Alex Maleev (DAREDEVIL, SPIDER-WOMAN, MOON KNIGHT) bring us the tale of a scoundrel in his natural element-trouble!
Rated T
Star Wars © Lucasfilm Ltd. & TM. All rights reserved. Used under authorization. Text and illustrations for Star Wars are © 2015 Lucasfilm Ltd. This SDCC 2015 edition is limited to 5,000 copies.

• Everyone’s favorite version of the X-Men from the ’90s is back!
• When Baron Kelly charges the Clear Mountain Project and it’s mysterious new director with “mutant rehabilitation,” it’s up to the X-Men to investigate!
• PLUS: Free Range Sentiels?!?
Rated T
This SDCC 2015 edition is limited to 5,000 copies.

ZIM and his filthy evil ways have been gone for what feels like years. But Dib KNOWS the alien menace will rear his head again, and he won’t leave the house, or his 900 security monitors, until it happens. And it WILL happen. Oh, it WILL. This SDCC 2015 edition is limited to 3,000 copies.

Based on designs by Jim Lee, this spectacular action figure captures the feel of the artwork that appears on the packaging. Limited Edition!

Note: There is also an extremely limited version of the DC Comics Blueline Edition Batman Exclusive Action Figure, which include a signed unique original sketch by Jim Lee. Limited to 150 pieces.

Superman’s faithful friend Krypto is back in this new, fun plush figure from DC Collectibles! This cuddly canine is available exclusively from Diamond Comic Distributors. Limited to 3000 pieces!

A Diamond Select Toys Release! DST is celebrating the Femme Fatales of Batman: The Animated Series with a line of statues, and Comic-Con kicks the line off with an exclusive variant version of Harley Quinn! Based on her appearance in the episode “Almost Got ’Im,” this statue captures the Joker’s partner-in-crime defacing the Bat-signal in two of her favorite colors: black and white! This 9-inch black-and-white statue is crafted from PVC plastic, and comes packaged in a full-color window box. Sculpted by Steve Varner Studios. Limited to only 4,000 pieces!

A Diamond Select Toys release! You’ve got the tools, you’ve got the talent, but do you have a bottle opener? The Stay-Puft Marshmallow Man can open anything: churches, gateways to other dimensions, you name it. Now, this exclusive angry version of our 4-inch metal Mr. Stay-Puft will open up your favorite bottled beverage and magnetically stick to your refrigerator door! Packaged in a full-color slipcase. Limited to only 3,000 pieces!

A Diamond Select Toys release! There’s a pizza party at Spook Central, and the only way to make sure there’s enough pizza for everybody is to slice it up with an official Ghostbusters logo pizza cutter! This exclusive slimed version will divide your New York-style pie however many ways you need it, but do it quick, before Slimer eats it all! Wheel is removable for cleaning. Packaged in a full-color window box. Limited to only 2,000 pieces!

A Diamond Select Toys release! It’s an all-new line of vinyl figures from DST! Vinimates, the first-ever Minimates-style vinyl figures based on pop-culture icons, are making their debut at Comic-Con, and who better to get Vinimated first than comic book icon Kevin Smith? A comic writer, comic-shop owner and unabashed geek, Kevin Smith will be the first static, 4-inch Vinimate in the “Podcast Pals” series of Vinimates, featuring some of the biggest celebrities SmodCo has to offer. Holding a microphone and wearing his trademark “Puck U” hockey jersey, Kevin comes packaged in a full-color window box. The Vinimates phenomenon starts here! Limited to only 2,000 pieces!

A Diamond Select Toys release! The smallest hero of the summer is now Comic-Con’s coolest exclusive – and he’s almost actual size! This exclusive four-pack of Marvel Minimates features four new figures based on Marvel’s Ant-Man, including Shrinking Ant-Man, Shrinking Yellowjacket, civilian Scott Lang and Ant-Thony the Ant! Each 2-inch Minimates mini-figure features 14 points of articulation as well as interchangeable parts and accessories! Limited to only 3,000 pieces!

A Diamond Select Toys release! For Comic-Con, DST is taking the TMNT back to their comic-book roots with a four-pack of Minimates that depicts the four Turtles in their classic comic book appearances – and in glorious black-and-white! Based on the Turtles’ monochromatic debut in the original Mirage Comics issues that launched a worldwide phenomenon, this four-pack includes Leonardo, Donatello, Michelangelo and Raphael, each with their signature weapons. Each 2-inch Minimates mini-figure stands 2 inches tall with 14 points of articulation, and features interchangeable parts and accessories. Packaged on a full-color blister card. Limited to only 3,000 pieces!

A PREVIEWS Exclusive! Based on the blockbuster film Guardians of the Galaxy, this flocked POP! Vinyl Figure depicts Rocket Raccoon as he appeared in the film’s climax. Standing 3 3/4″ tall, this figure, available exclusively through PREVIEWS for San Diego Comic Con 2015, features an urban, stylized design. Window box packaging. Limited to only 3,000 pieces

The Vision has long been a favorite Avenger of Marvel Comics readers, and one of his most popular abilities enables him to become intangible. Now, fans can enjoy a simulation of The Vision’s intangible state with this sparkling, translucent sofubi, which measures 10” tall. This SDCC 2015 edition is limited to 300 pieces.

This Breaking Bad PREVIEWS Exclusive Fight Heisenberg 17″ Talking Figure was made exclusively for San Diego Comic Con. It features a highly distressed version based on the final season of the show. Many classic quotes from the show, and unrated language make this even more exclusive. Limited to 1000 pieces. 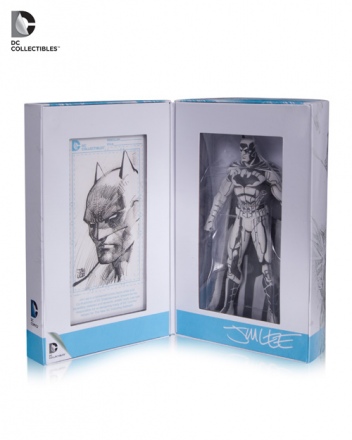 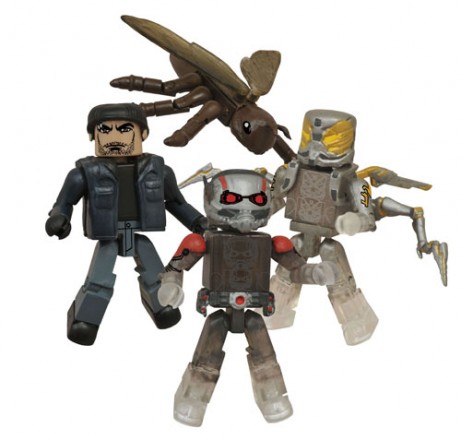 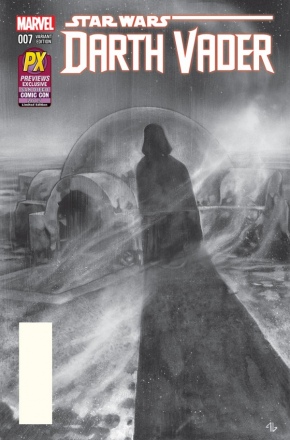