Action Figure Xpress always has some of the coolest SDCC exclusives. Check out the details on how to pre-order them so you don’t miss out!

Pat and the guys over at Action Figure Xpress always have some of the coolest Comic Con exclusives. You can always rely on them to not only have some of their own great in-house product as well as some of the hottest offerings from the biggest toy companies. This year they won’t be disappointing and you don’t have to wait till you get to San Diego to grab them. They are offering a great pre-order opportunity where you can buy now and then pick them up at booth #3345/

Some of my favorites are the polystone Thundertank, the Masters of the Universe He-Man Power Sword Letter Opener and Kotobukiya’s Marvel Black Widow Bishoujo Statue with Hawkeye Mask, but there are a ton of great toys for fans of Mini Mates, Battle Beasts, The Walking Dead and Captain Action. They are even offering a limited edition electric guitar! Check out the info below and the detailed gallery at the bottom of the page. 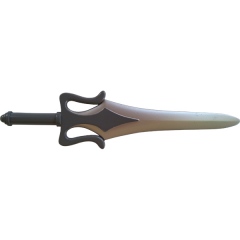 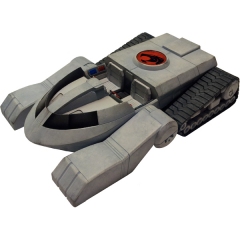 Limited Edition of 600
The THUNDERTANK is regarded as one of the THUNDERCATS’ ultimate weapons, second only to the Sword of Omens. It is extremely versatile and maneuverable on a wide variety of terrains; and a continual work-in-progress with new weaponry and enhancements being added all the time. Cast in high quality polystone, this THUNDERTANK statue measures approximately 10.25″ long x 7″ wide x 2.5″ tall, and features a removable cover to reveal its detailed cockpit underneath. 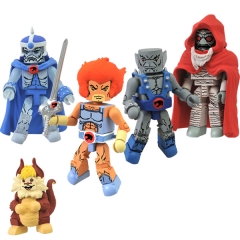 Limited Edition of 3000
Fleeing their dying homeworld, the THUNDERCATS have settled on Third Earth, a strange planet populated by fantastic creatures. LION-O, the Lord of the THUNDERCATS, will need the wisdom of his departed teacher JAGA, as well as the strength of his comrade PANTHRO, to keep his people safe. Especially since the evil sorceror MUMM-RA has his sights on Lion-O’s Sword of Omens, which contains the powerful Eye of Thundera. Lion-O comes complete with alternate head, 2 versions of the Sword of Omens (both short and long version), and removable Claw Glove which can also attach to his left hip; Panthro comes with his nunchucks; Mumm-Ra comes with his staff. Includes a bonus Snarf PVC figure! THUNDERCATS, Ho! 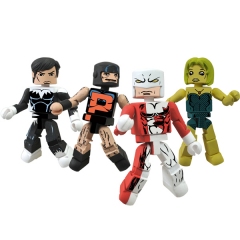 Marvel Minimates Alpha Flight Box Set #1
Limited Edition of 3000
Canada’s answer to the Avengers, Alpha Flight is a team of super-powered individuals united by Canada ‘s Department H to deal with threats to their homeland. Led by the battlesuit-clad Guardian, the team also included the aquatic Marrina, the diminutive acrobat Puck and the flying, light-generating mutant Northstar. Includes bonus heads and hairpiece for Guardian (one to display as James MacDonald Hudson and the other to display as the impostor Delphine Courtney), extra white hairpiece for Northstar, and extra hand to display Puck doing a hand stand! 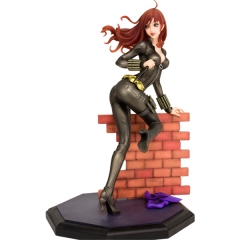 Marvel Black Widow Bishoujo Statue with Hawkeye Mask
Limited Edition of 2000
Kotobukiya is proud to present an all-new rendition of the popular marvel Comics character: Black Widow Covert Ops Gray Costume Limited Edition Bishoujo Statue. Sculpted by Masahiro Takahashi (based on an illustration by Shunya Yamashita, famed Japanese illustrator) hints at Black Widow’s past with the inclusion a Hawkeye mask on the base. This new release brings Black Widow to life in a larger 1/7 scale sculpt to match the current (and future) scale of the Bishoujo line. Dynamic pose captures Black Widow in action lending a sense of movement to the entire piece, and includes interchangeable parts to display with or without the knife. Display alongside other Marvel Bishoujo statues like the X-23 or the upcoming Storm! 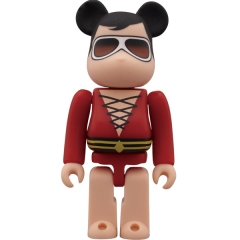 Limited Edition of 2000
You’ve seen Eel O’Brian, a.k.a. Plastic Man, as a tire. You’ve seen him as a briefcase. You might have seen him on television. You might even have seen him as a bathing suit. But have you ever seen him as a Be@rbrick? Medicom, Diamond Comic Distributors, and Action Figure Xpress celebrate San Diego Comic Con 2012 and the launch of the upcoming DC Be@rbrick mini-figure series with the release of the convention exclusive Plastic Man Be@rbrick. The famous stretchy superhero is a limited edition mini-figure that promises to be one of the most sought-after exclusives of the convention. This Be@rbrick comes packaged in its own individual blister pack, with artwork modeled after the classic Jose Luis Garcia-Lopez DC Style Guide designs. Limited to 2,000 pieces, the Plastic Man Be@rbrick will be available at San Diego Comic Con, July 11-15, 2012. 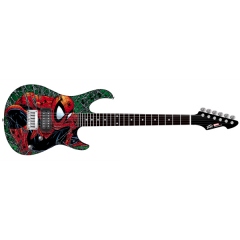 Limited Edition of 100
Action Figure Xpress is proud to announce this Peavey Spider-Man Rockmaster Guitar featuring art by Todd Mcfarlane from Spider-Man #1! This San Diego Comic Con Exclusive Guitar is only available from Action Figure Xpress at their booth and is limited to only 100 pieces worldwide! Musicians of every skill level, from beginner to pro, can become real guitar heroes with these new musical instruments from Peavey. The Rockmaster Guitar is a full-size electric guitar with a high-gloss finish on a basswood body which provides excellent balance and tone. The maple neck and rosewood fretboard enable fast rhythm and lead playing. 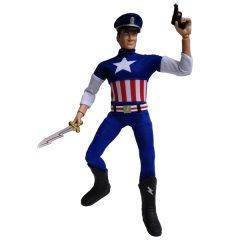 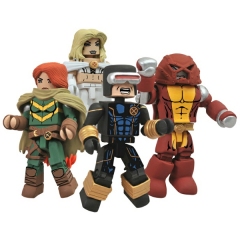 AVX Avengers Vs X-Men Marvel Minimates Box Set
Limited Edition of 3000
The hottest comics crossover of the summer is now the coolest con-exclusive Minimate 4-pack! Hope Summers may be humanity’s destroyer or mutantkind’s savior, but whichever it is, three of the most powerful mutants in the X-Men army have united to protect her from Captain America and the Avengers. Hope’s first-ever Minimate 2-inch minifigure is joined by three brand-new Minimates of Cyclops, Emma Frost, and Colossus in his new Juggernaut-inspired look. 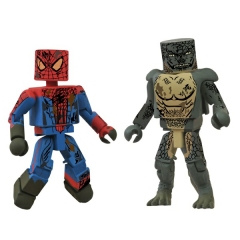 Limited Edition of 3000
In this summer’s blockbuster movie, the Amazing Spider-Man and the ferocious Lizard did battle under the streets of New York City, and Diamond Select Toys is adding to their popular movie assortment with two new Minimates! Tiny two-inch minifigures of Spidey and the Lizard get a splash of sewage in this exclusive two-pack. 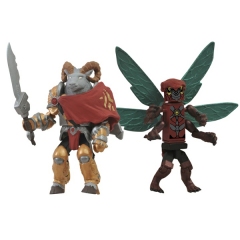 Battle Beasts Minimates Vorin and Zik 2-Pack
Limited Edition of 3000
The first series of Battle Beasts Minimates won’t be out until this fall, but Diamond Select Toys is offering fans a preview set that’s only at SDCC! The fully painted two-pack of 2-inch Beasts includes the heroic ram Vorin, star of the IDW comic series, and an all-new villainous dragonfly character, Zik! 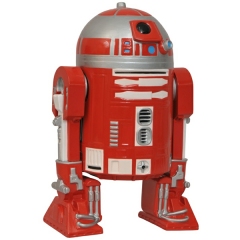 Star Wars R2-R9 Vinyl Bank
Limited Edition of 1000
From Diamond Select Toys’ popular line of Star Wars banks comes a new, exclusive droid! Only available at SDCC, this 10-inch vinyl bank of R2-R9 from “Episode I: The Phantom Menace” has a slot in the back for storing your loose change, not to mention your secret battle plans. Best of all, this 1/4 scale figure fits in perfectly with your Ultimate Quarter Scale action figure collection! 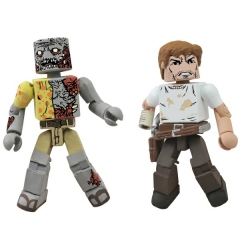 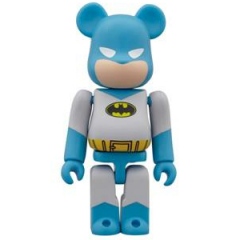 SDCC Batman Bearbrick
Limited Edition of 2000
Medicom and Diamond Comic Distributors have teamed for a San Diego Comic Con exclusive that no toy collector or comics fan will want to miss — the DC Be@rbrick Batman Mini-Figure! One of the world’s most famous superheroes will strike fear into a cowardly and superstitious lot as a 2″ tall bat-clad bear! This limited edition figure, sure to be a highly-sought-after collectible, comes packaged on its own individual blister pack, with artwork modeled after Jose Luis Garcia-Lopez’s classic DC Style Guide designs.