Finally, Jar Jar Binks has he was always meant to be… in Carbonite.

Finally, Jar Jar Binks has he was always meant to be… in Carbonite. I’m a little spent on Star Wars figures from Hasbro. For me, it feels like you get to a point when it just seems like George Lucas needs more money to feed his inner hutt. That might be why I’m not as impressed as I wanted to be with the Star Wars SDCC 2012 Carbonite Chamber. The concept is cool, but it comes with two Jar Jars… even if one is in a Carbonite block (which is very cool).

People on the toy boards seems mostly interested in this for the cardboard Carbonite chamber. If I’m going to spend more than $100 dollars on a collectible, I’d like it to be made out of something a little bit more than cardboard. 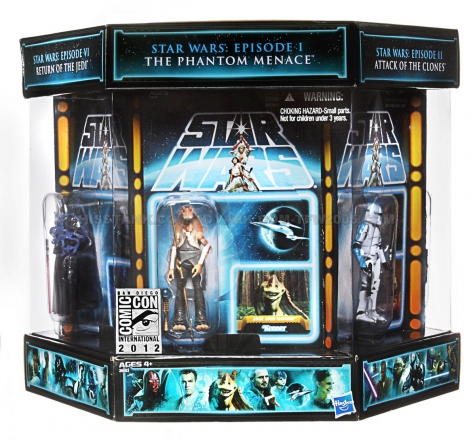 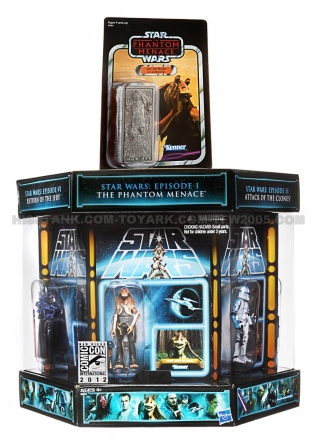 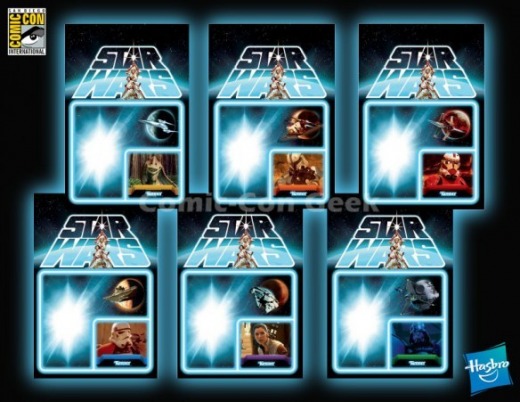