Check out the toys for one of the hottest upcoming animated films.

Big Hero Six one of those movies that I’m really looking forward to. Aside from it being the first Marvel/ Disney animation collaboration, it just looks like it is going to be a great movie from the footage that I’ve seen so far. Over at the Bandai booth, they were showing off all the great toys that they’ll be offering later this year for the film. It looks like they’ll be offering a pretty diverse assortment of figures in different scales along with some plush and even some dress up options. 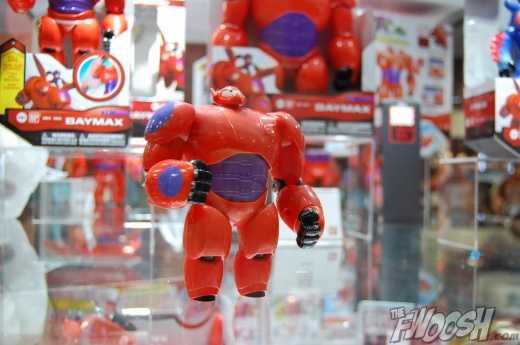