They’ve already created life-sized Droids, Boba Fett, and even Han Solo in Carbonite, but now Sideshow has created the best Star Wars statue ever… a life-sized Darth Vader. Could there be a more epic Star Wars icon in your living room?!?

If you want to see him up close, he’ll be at Comic Con. However, if you already have your heart set on him and have an extra $8,000 to spare. Head on over and pick one up now! 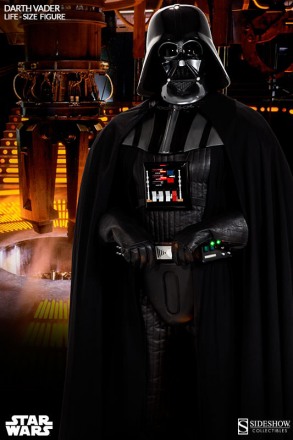 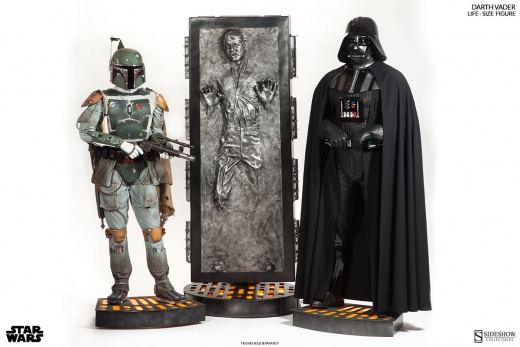 Give yourself to the Dark Side of the Force with the Star Wars Darth Vader Life-Size figure from Sideshow Collectibles.

One of the greatest villains in film history, the imposing Dark Lord of the Sith needs no introduction – except perhaps the Imperial March. Captured in 1:1 scale, and towering over 7 feet tall, the ruler of the Galactic Empire strikes a commanding pose on a cinematic light-up display base, and interchangeable hands allow collectors to recreate all of Darth Vader’s most memorable dramatic gestures. From his iconic helmet to his sweeping black cape, every detail of Vader’s menacing costume has been painstakingly recreated as seen in Episode VI: Return of the Jedi, with a hand-tailored quilted suit, screen-accurate armor and sequencing electronics in the chest box and belt. Ready to oversee the completion of your Death Star, man cave, or home theater, this spectacular display piece is ‘most impressive.’