Hasbro has unveiled the first two figures based on the Netflix Marvel television series for their upcoming 6″ Marvel Legends line. While we don’t get to see Daredevil yet, we do get our first look at Punisher (Jon Bernthal) and Jessica Jones (Krysten Ritter). Both are on display at the Hasbro booth with a “pending licensor approval” sign. No further information about the figures were made available. 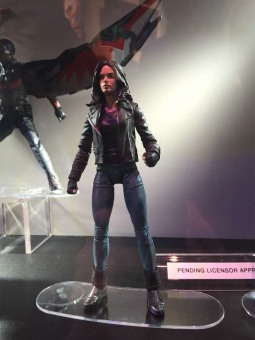 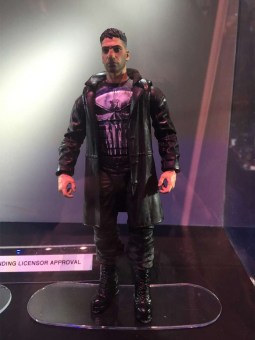