Playmates has shown up to Comic Con with two of the coolest and most economical exclusives of the entire show!

The first big question I think anyone needs to ask about Playmates’ SDCC convention exclusives is how did they make them so affordable. We’ve gotten used to seeing jacked up prices on con exclusives, but we are looking at two of the best offerings of the con and one of them is $30 and the other is $14.99 a piece (with five lions making Voltron).

Today, the folks over at Playmates were kind enough to send over some additional info on their DreamWorks Voltron Metal Defender Collection and Samurai Rabbit Usagi Yojimbo Figure SDCC exclusives. One of the best pieces of news in there is that the Voltron figures will actually be available online as well as at the booth. Check out the details below.

Voltron fans can add to their collection with this assortment of Voltron figures from Playmates Toys in premium diecast. Assortment includes fully articulated figures of the Blue, Red, Black, Green, and Yellow Lions. Collect all five diecast lions to combine to form an 8-inch articulated Voltron figure. The detailed figures are first available from Toys“R”Us at San Diego Comic Con in the Entertainment Earth booth (#2343) from Wednesday, July 19 – Sunday, July 23, and online at Toysrus.com/ComicConvention from Thursday, July 20 – Sunday, July 23. The figures will also be available at Toys“R”Us stores and other retailers nationwide later this year. 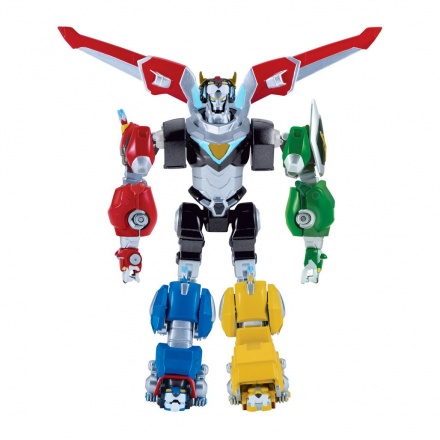 In Nickelodeon’s 2017 Tales of the Teenage Mutant Ninja Turtles, the samurai rabbit Usagi Yojimbo will reunite with the Ninja Turtles once again for a three part story arc that airs beginning July 23, 2017. A limited edition of the 2017 Usagi Yojimbo new character design action figure will be sold exclusively at San Diego Comic Con for $30 each from Thursday to Sunday (July 20-23) at Nickelodeon’s booth, #4113.

This exclusive item features the newly designed Usagi Yojimbo action figure in a 5” scale, dressed in his classic blue robe, and comes with his traditional Samurai swords. Also included are two additional exclusive, interchangeable Usagi heads, his pet Tokage lizard, and a flag with Usagi’s signature emblem. All this is presented in a collector edition 5th panel storybook package, with a re-run of the 1987 Comic Book “Leonardo Meets Usagi Yojimbo in Turtle Soup and Rabbit Stew”, and the 1989 Comic Book “The Treaty”. 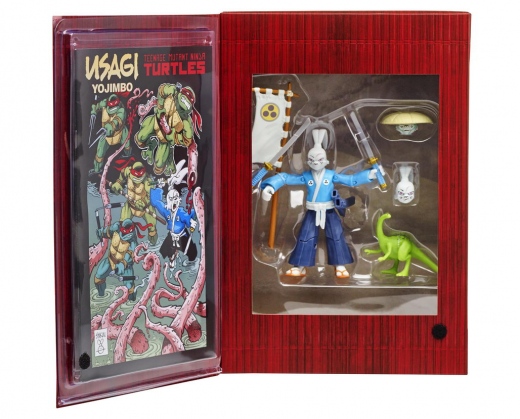