It was a competitive year for boys properties, but Star Wars once again grabbed the top slot, demonstrating its enormous staying power even after 33 years. With 2009 year-end figures placing Star Wars 40% ahead of any other toy license, the Power of the Force continues to thrive. This weekend’s International Toy Fair will provide a sneak peek at some of the exciting upcoming products from “a galaxy far, far away…”

HASBRO
The Force remains strong at Hasbro, Inc. which continues to bring all the action, battles and fantasy of STAR WARS to life with a full array of toys and games. In 2010, STAR WARS fans celebrate the launch of the third season of the highly-rated STAR WARS: THE CLONE WARS animated series with toys that replicate the battles between the Galactic Republic and the Confederacy of Independent Systems. This year, Hasbro also commemorates the 30th anniversary of fan-favorite Star Wars: Episode V The Empire Strikes Back with toys, special packaging and promotions that recreate the excitement fans experienced when the film stormed into theaters “a long time ago.” 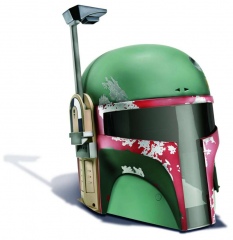 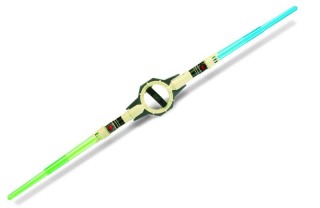 LEGO
The first licensed property for the LEGO Group in 1999, LEGO Star Wars continues to be one of the company’s best-selling lines, appealing to both children new to the story and to adult collectors who have followed Star Wars for years. January kicks off with a mix of modern classics and new Clone Wars sets. Included in the assortment are: Rebel Trooper and Snow Trooper Army Packs, Freeco Speeder™, Trifighter Droid™, Tie Defender™, and the ARC-170 Starfighter™. August proves to be even bigger with six new sets: Plo Koon’s Starfighter, Hoth Wampa Set, General Grievous Starfighter, Palpatine’s Shuttle, Slave I and Clone Turbo Tank (Pictured above). 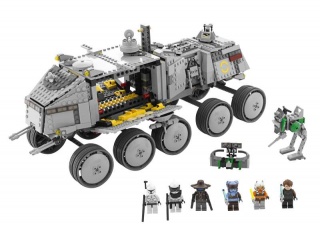 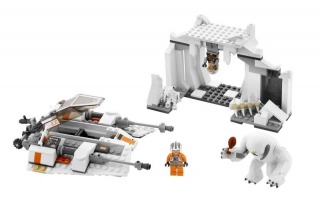 The next chapter in the award-winning LEGO® Star Wars videogame franchise, LEGO® Star Wars III: The Clone Wars will combine the best elements of all previous LEGO® games while adding brand new gameplay to make it the most action-packed LEGO® videogame to date. The game will feature characters from both seasons of the hugely popular animated television series, Star Wars: The Clone Wars, as well as some fan-favorite characters from the beloved theatrical Star Wars Saga. The game will ship on the Wii™, Nintendo DS™, PLAYSTATION®3 computer entertainment system, PSP® (PlayStation®Portable) system, and Xbox 360®videogame and entertainment system from Microsoft and Windows in the Fall of 2010.