New, episode-specific, relic cards will be released after the airing of each new episode.

Topps has been doing really well with their model of releasing cards for a 24 hour period and then retiring them. It allows collectors to feel like they are really part of something special, while creating a legitimately limited quantity item.

Just a little while ago, they announced a new set of cards from AMC’s hit show, The Preacher. There is a set of five traditional cards ($19.99) along with three variants of a highly limited card that features a piece of a prop from the show (in this instance, the cards include a swatch of fabric from Jesse Custer’s pants), ranging in sales from $49.99-$199.99

Click here to grab them before they are gone! 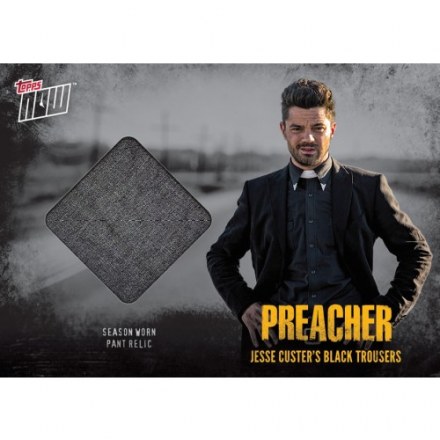 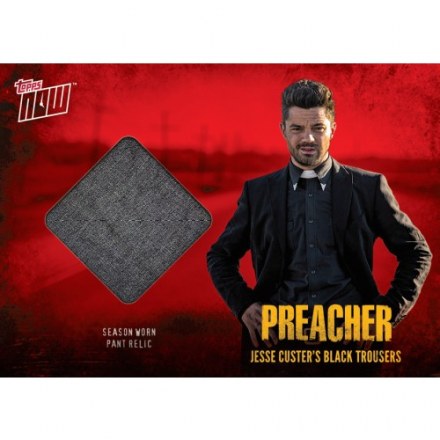 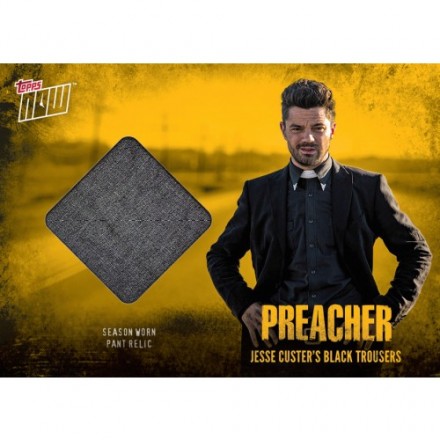 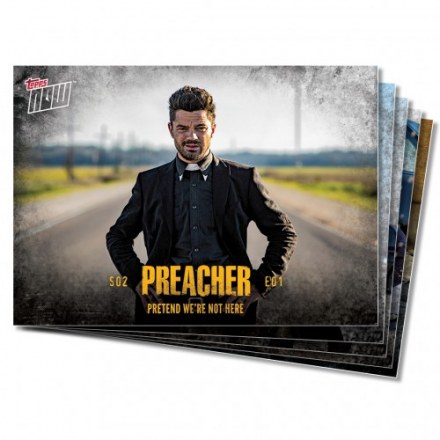