“Toy Fair Only” collectible items are a proud tradition and Mezco Toyz continues this custom with the introduction of their Toy Fair Sons Of Anarchy Limited Edition Coin.

Last year, Mezco did the impossible, they made coin collecting cool. It started with Breaking Bad coins and now it is continuing with their new Sons of Anarchy coins. The first in the set is going to be released at this year’s Toy Fair. Check out the full press release below: 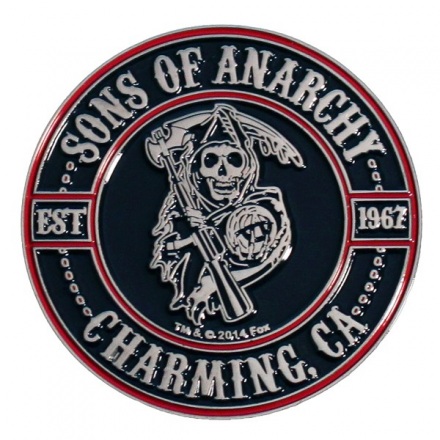 New York- The New York International Toy Fair is the world’s largest and most important industry only toy show. Closed to the public, this is where the world’s toy companies reveal their product lines for the upcoming year.

“Toy Fair Only” collectible items are a proud tradition and Mezco Toyz continues this custom with the introduction of their Toy Fair Sons Of Anarchy Limited Edition Coin.

This 1.5inch sized metal coin features the infamous Sons Of Anarchy reaper logo in a mirror finish with a midnight black background. Crafted by skilled coin artisans, this is the first time a Sons Of Anarchy collectible coin has ever been offered to Toy Fair attendees.

Mezco will be offering the coins to guests of the Mezco Toyz booth (#4931) as well as attendees of the special invitation only Sons Of Anarchy Product Reveal happening on February 5th.
Because neither event is open to the general public, Mezco will also be offering a small number of coins to fans on the Mezco Toyz online store at

Sons Of Anarchy holds the record for having the two highest rated telecasts ever on the FX network, and has been called “devastatingly powerful” by Time magazine. In addition to winning numerous awards, it has developed huge fan bases in the UK, Ireland, Canada, and India where it is also broadcast.

No Rules, No Masters! 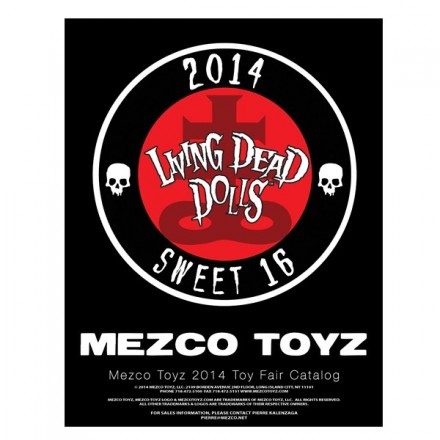