Congrats, You just spent $108 Million to make something that tastes just like everything you claim to hate.

Congrats, You just spent $108 Million to make something that tastes just like everything you claim to hate. Seriously though. I don’t get vegans. Why bother being vegan if you end up dedicating your life to making things taste like meat? While this is a question I find is worth asking, it apparently isn’t for the investors, who included Bill Gates, who poured the huge sum into Impossible Foods Corporation so that they could create a vegan burger so meaty, you may as well be eating meat!

The company defies you to tell the difference. They claim that their Faux burger not only tastes like beef, but it smells and even bleeds like beef. Impossible Foods’ Founder, Patrick Brown told the Wall Street Journal: 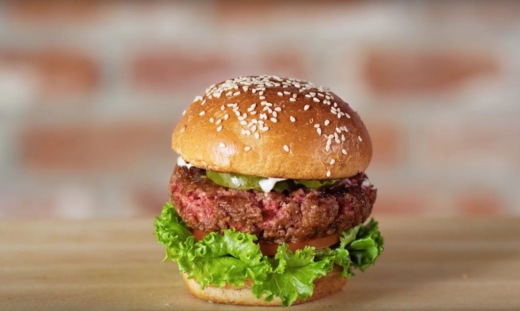 “It’s been engineered to evoke the taste, smell, and cooking reactions of beef, this food innovation could change family cookouts forever. The whole mission of this company is to make eating animals unnecessary. So, we don’t want our product to just be delicious, we want it to be as delicious as meat.”

If you live in San Francisco, you can currently try the burger at the restaurant Jardinière. It comes topped with avocado, caramelized onion, vegan dijonnaise, and served on a potato bun. It’s juiciness is attributed to coconut oil (No thank you) and it’s body is made mostly from potato “Compounds” and honeydew melon “molecules” that give it the aroma of beef.

This is part of what I find hilarious. You hear about vegans wanting to eat naturally and eating whole foods. It’s not exactly what comes to mind when I think of compounds and molecules. 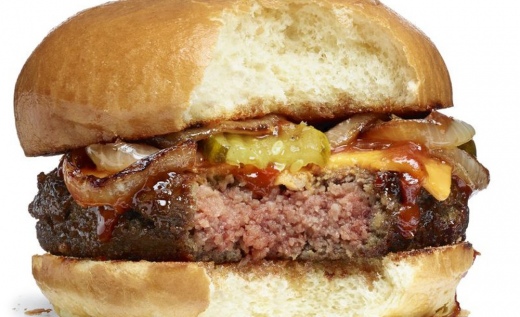