The collective is calling the new area “Otra Nation,” though I’m not sure the best way to get Trump on board is to give it a name that has any Spanish words in it.

A couple of weeks ago, a friend of mine was opining about how half of the country will never get on board with Trump’s border wall plan (This is not a conversation about whether we approve or disapprove of the wall, so don’t get your britches in a huff.). During the chat, I suggested that the best way to get both sides interested would be if they offered to cover the entire wall in solar panels. That way, even when most people find a way over or around it, at least it could generate clean energy for a whole region of the US. Well, it turns out that I’m not the only one who had that idea. Made Collective (Mexican & American Designers & Engineers) has just revealed their idea to turn the border wall area into a green, no man’s land. 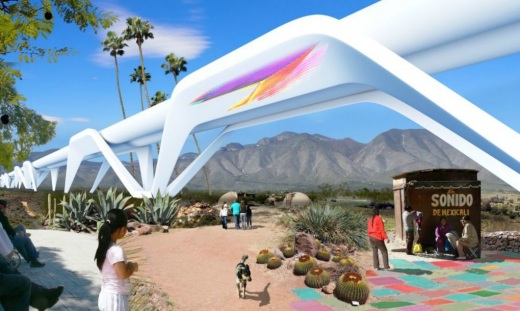 The collective is calling the new area “Otra Nation,” though I’m not sure the best way to get Trump on board is to give it a name that has any Spanish words in it. They optimistically (and unrealistically) envision Otra Nation as it’s own new country that spans 1200 miles across the border, is powered by massive solar farms and connected with a hyperloop transportation system (which has yet to be tested at any length longer than a quarter mile thus far).

So, forgetting the part where they want to create a whole new country that seems to get the majority of its land from the US, I guess there’s some cool stuff here, right? I mean, we can all get behind the green energy part and it’s great that they plan on restoring local ecosystems that have been damaged by development and pollution, I just have a feeling that this concept was developed in a vacuum that didn’t take things like reality into consideration. 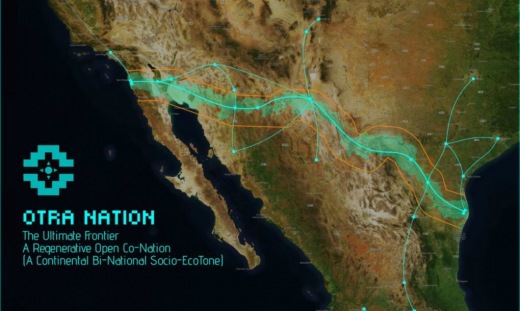 The plan also depicts Otra Nation as a sustainable community, generating energy from 90,000 square kilometers of solar panels that would meet the demands of the new territory and then some. Watersheds and local ecosystems on both side of the current border would also be restored. Under the plan, an intercity hyperloop would be used for clean transportation. As far as the economic structure, companies built on “sharing principles” would be encouraged, but any company or service looking to “minimize human employment with autonomous vehicles and drone technologies” would be prohibited.

At the heart of the concept is actually a really nice sentiment from the Made Collective.
“The 19th century brought us boundaries, the 20th century we built walls, the next we will bridge nations by creating communities based on shared principles of economic resiliency, energy independence and a trust based social contract.”

While she admits that there’s little chance the US or Mexican governments would ever take their plan seriously, collective member Marina Muñoz says, “We can really make the complete American continent great again.”

Jeez Marina… what about Canada? 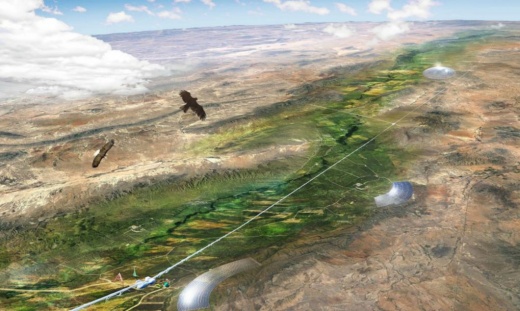 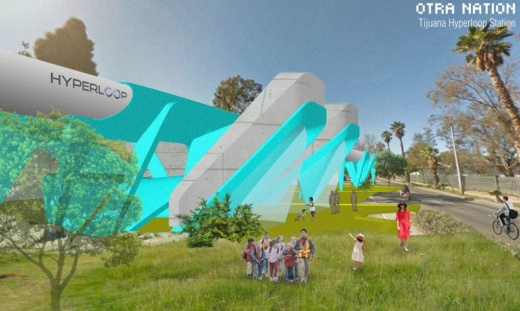