Floating Villages Created By 3D Printing With Algae and Trash

I’m not sure if it would work, but damned if it’s not one of the more beautiful places I could imagine living.

The ocean is the last Earthly venue for new real estate. Hell, we’ve already created entire floating islands just by throwing our crap in the sea. Now, one man has an idea that is sort of like that, but way better.

That man is architect Vincent Callebaut and he envisions these new types of villages as a way to work towards and finally achieve energy independence. The actual structures would be used to harvest and recycle ocean waste (a mix of plastic waste and algae), turning it into 3D printing material, which would then be used print the actual islands and their buildings. Once the structures are completed, the system would harvest Calcium Carbonate from the ocean water, using it to create “an external skeleton, semi-permeable membranes to desalinate seawater and microalgae to produce energy for heating and climate control.”

Where the idea loses some steam is in Callebaut’s faith in humanity. He sees these new villages as essentially being mini utopias, completely egalitarian and populated by what he calls “The People of The Seas.” Essentially, he wants to build the ultimate floating Kibbutz.

His plans see cities that could accommodate up to 20,000 people, with many seemingly living below the water line. I’m not sure if it would work, but damned if it’s not one of the more beautiful places I could imagine living. 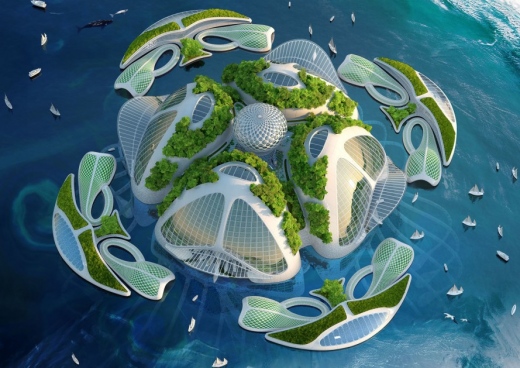 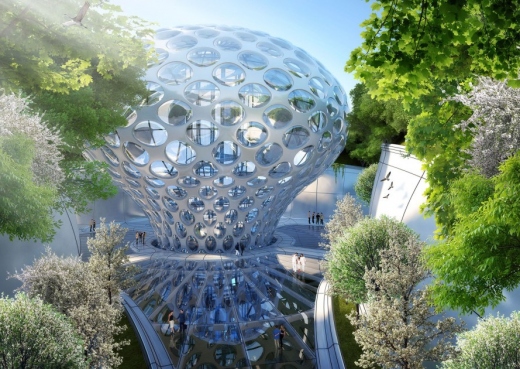 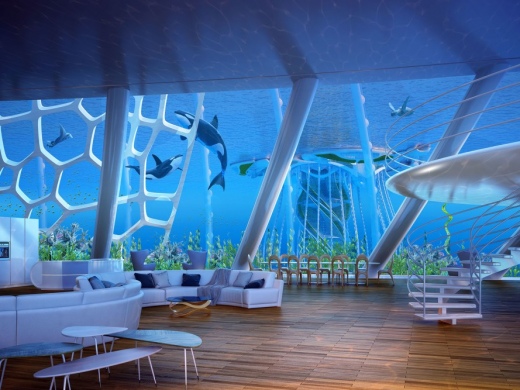 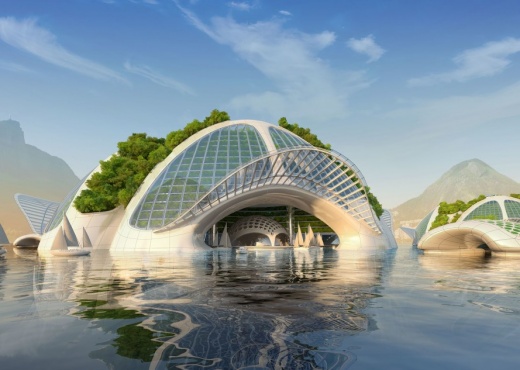 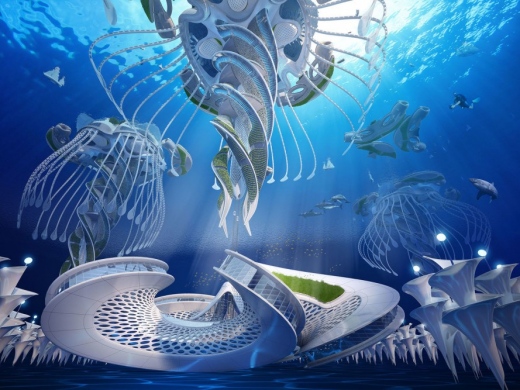