“It doesn’t matter she was grabbed. She’s just a mouse,” prosecutor David Bear said, arguing against the defense. “It’s not just a mouse. It’s a person.” 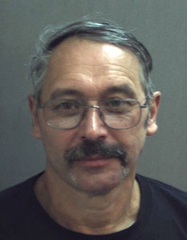 60-year-old John Moyer, a grandfather, was found guilty of groping a woman while she was in costume as Minnie Mouse at Walt Disney World.

Moyer was sentenced to 180 days of probation, 50 hours of community service and a $1,000 fine. He also must undergo a mental health evaluation and write a letter of apology to the victim.

After the verdict, however, Moyer continues to maintain his innocence telling the judge, “I’m not guilty. I haven’t, as the prosecution says, molested or grabbed — maybe unintentionally touched, but that’s as far as it went.”

Charged with misdemeanor battery in June, Moyer was accused of touching the woman’s chest and buttocks while in costume in the Toontown area of the Magic Kingdom.

Prosecutors said during the trial that photographs show the Disney cast member pushing Moyer’s hands away from her after he touched her.

“It doesn’t matter she was grabbed. She’s just a mouse,” prosecutor David Bear said, arguing against the defense. “It’s not just a mouse. It’s a person.”

The woman playing Minnie Mouse said she did not yell for help because she feared that she could lose her job for being out of character. She did report the incident after Moyer left the area, according to investigators.

Moyer faced a maximum sentence of one year in jail and a $1,000 fine.