“Mr. Foley” The Tragic Tale of Living With Life’s Soundtrack

This short film was created for every person that ever said “I wish my life had a running soundtrack”… The film is called “Mr. Foley” and it is the tale of a man who wakes up in a hospital to find that every sound in his life is now being made by an orchestra and a group of foley artists. It is dark, it is hilarious and it was shot in just one day!

Official Description:
A darkly funny but nightmarish scenario, a man wakes up in hospital with a group of sound artists soundtracking his life. Mr Foley is an award winning short film directed by Dublin directing duo Mike Ahern & Enda Loughman aka D.A.D.D.Y. The film has been on the festival circuit for a while but has just premiered online for all to see, YAY! 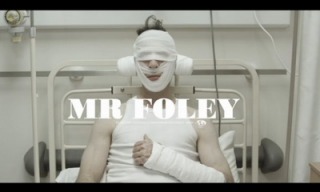