Get ready for Grease Three: Greased Lightning and the Race Across the Galaxy!

The North Territory News in Darwin Australia is reporting a story about a UFO shaped like a muscle car that has been spotted flying through the clouds recently.

Mark Schmutter, the photographer who captured the UFO on film said it best.
“It does look like a car but what would a car be doing up in the sky?”

He snapped these shots as he was standing on the ninth-floor balcony of a friend’s CBD apartment just before 6pm earlier this week.

Defense spokesman Stephen Mullins confirmed no Defense aircraft were flying in the area at that time Tuesday night.

Now here’s where you get to giggle.

The Top End Flying Club last year suggested many of the local sightings of UFOs could actually be Sigma-4 ultralight aircraft – informally dubbed the flying sperm – which fly slowly and with little noise.

There’s some dispute as to whether Schmutter has actually captured greased lightning in a jar, or if he’s just gotten a little kookie with photoshop after eating one too many Vegemite sandwiches. 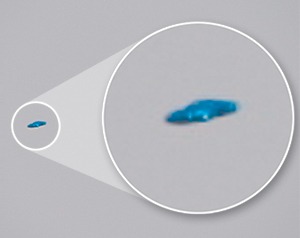 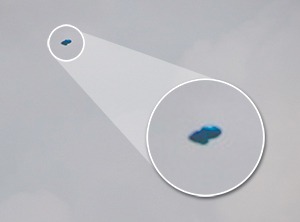