Mysterious tadpoles have reportedly fallen from the sky in Japan’s Ishikawa prefecture in two separate towns this month. 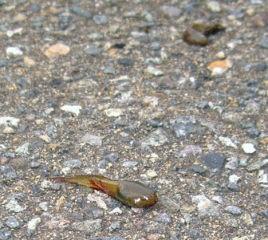 Mysterious tadpoles have reportedly fallen from the sky in Japan’s Ishikawa prefecture in two separate towns this month.

Although it is not unheard of for waterspouts and strong wind to pull small fish and animals from water and drop them on land, no foul weather has been observed in the area, which has left many residents and prefecture officials baffled.

The first reported case of anomalous tadpole rain occurred around 4:30 PM on June 4 in the town of Nanao. Approximately 100 dead tadpoles were discovered in a 300 square meter area in and around the Nakajima Civic Center. Each tadpole measured 2 to 3 centimeters long.

Reports were also made in a nearby town of Hakusan, where dozens more tadpoles were discovered in the early morning hours of June 6. Tadpoles were found scattered in nearby yards and parking lots. One 75-year old resident described discovering a handful of tadpoles on the hood of her car.

“I’ve never seen anything like this before,” said one meteorologist. “We have no idea what caused it.” 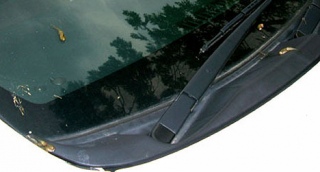