Need a Halloween Costume Idea? How About Anne Frank?

There are tasteless Halloween costumes (sexy Elmo), and there there is this.

There are tasteless Halloween costumes (sexy Elmo), and there there is this. Halloweencostumes.com found themselves in a little bit of hot water this week when people realized that they were selling children’s Halloween costumes based off real-life historical figure and Holocaust victim, Anne Frank. After immediate backlash from social media and the Anne Frank Center for Mutual Respect, the product has been taken down and an apology has been issued. I guess now you’ll just have to settle for Sexy Pokemon Catcher -Ash Ketchum instead. 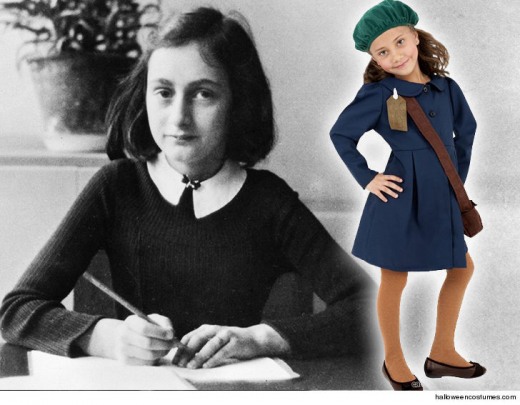 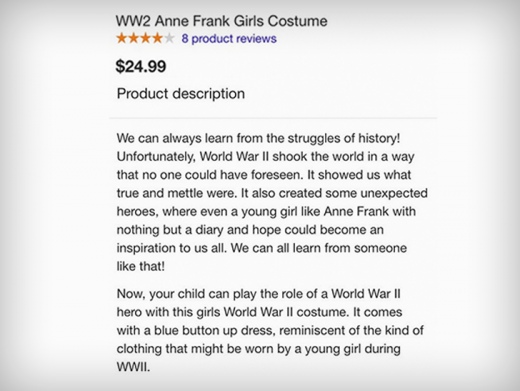 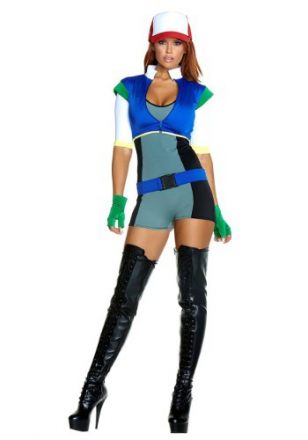