“The number of people unable to finish the first level is steadily increasing.”

At the 73rd annual stockholder meeting for Nintendo, President of the company, Satoru Iwata was asked a question about if the increasing easiness of Nintendo games has sucked the fun out of the game system and caused Wii U to be a lot less successful than anticipated.

His answer is a truly sad statement about how games are made and the people who play them. It turns out, according to Iwata, that gamers suck so bad now that many of them can’t even finish the first level of Super Mario Bros. 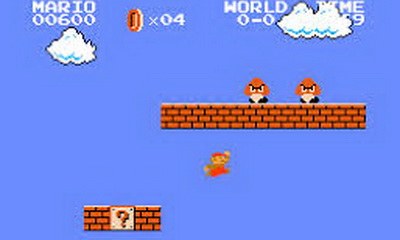 “I feel that Nintendo games today are much easier which is why the Wii U might be failing. Back then, games were much more difficult and therefore gamers really enjoyed them so they continued to buy Nintendo games and systems. Do you feel the same way?

Satoru Iwata (president): I actually agree with your assessment. However, since you are speaking as a stockholder, you should agree with our strategy after you hear about the tests we have conducted.

It may come as a shock to some of you that most gamers today can not finish the original Super Mario Brothers game on the Famicom. We have conducted this test over the past few years to see how difficult we should make our games and have found that the number of people unable to finish the first level is steadily increasing.

This year, around 90 percent of the test participants were unable to complete the first level of Super Mario Brothers. We did not assist them in any way except by providing the exact same instruction manual we used back then. Many of them did not read it and the few that did stopped after the first page which did not cover any of the game mechanics.

We watched the replay videos of how the gamers performed and saw that many did not understand simple concepts like bottomless pits. Around 70 percent died to the first Goomba. Another 50 percent died twice. Many thought the coins were enemies and tried to avoid them. Also, most of them did not use the run button. There were many other depressing things we noted but I can not remember them at the moment.

Furthermore, we asked for suggestions on how to improve the game. A majority of them wanted the game to be easier and they suggested many ways to do this. Some of them wanted a mandatory tutorial while others wanted more ways to kill things besides jumping on them. We explained that Mario could shoot fire balls with the Fire Flower power-up, but then they wanted Mario to start with more weapons like a sword or a gun.

Some of the people seemed to be unaware that this was an actual old game that existed as they asked if the retro-style graphics were supposed to be a throwback to old Nintendo games. Some missed the point of the questionnaire completely and said that the graphics and music were terrible and needed to be improved in order for the game to sell. They also wanted a deeper storyline and voice acting.

So, as a stockholder, you should be relieved to know that our games are easier in order to attract a wider audience. As a gamer, you might feel a little sad, and you should be. It is quite sad.”