As fantastical as some of this sounds, it’s actually easier than building bridges in the steep terrain of the fjords. it’s much easier to just go through the water instead of over it.

I love stories like this because science is cool. I don’t think engineers would have considered something like this 50 years ago as more than science fiction. Then, there’s this other side of me that watches too much news and just imagines how easy it would be to swim up to the tunnel with a bomb and blow a hole in the side of it. Time to push the voices to the back of my head and focus on how awesome this thing is.

Ever since I was a kid, tunnels that go under water have always fascinated and scare me a bit. Growing up in Boston, it always blew my mind to think that some of the tunnels went under Boston Harbor. These new tunnels being planned in Norway blow any of that out of the water.

their plan is to build the world’s first set of traffic tunnels that actually float just under the surface. The reason for the tunnels is that they want to make it easier for the residents of the country to cross the Fjords more easily. By easily, I mean without spending hours on ferry boats.

The tunnels will sort of act like submerged bridges, floating 100 feet under water, and the current plan is for each tunnel to support two lanes of traffic per tube. They’d be held in place by a series of Pontoons that are attached with trusses to maintain stability. Each tunnel would consist of two side-by-side tubes, allowing for two lanes of traffic in each direction.

As fantastical as some of this sounds, it’s actually easier than building bridges in the steep terrain of the fjords. it’s much easier to just go through the water instead of over it. 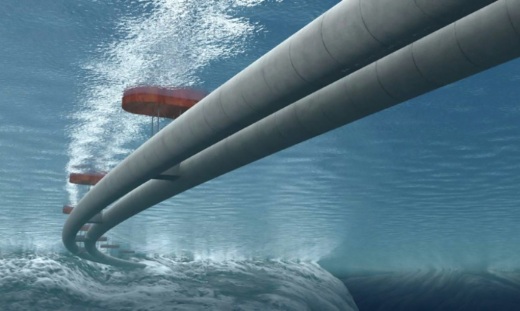 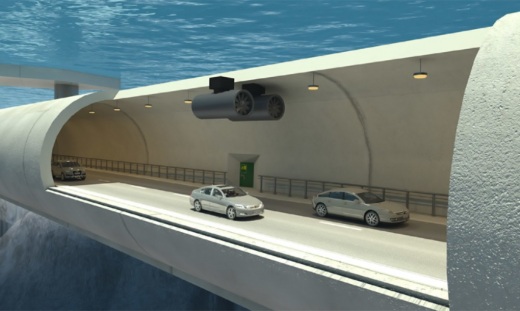