POGO Is Back With Amazing Monsters Inc. Remix – “Boo Bass”

Take a couple minutes out of your day and check out the awesome new ambient remix that Pogo just released based off sound clips from Monsters Inc.

We’ve been big fans of Nick Bertke, AKA Pogo for several years now. He’s taken some of our favorite films (usually classic Disney cartoons) and remixed them into amazing pieces of music. Well, after a few months of not hearing anything from him, he’s back and he’s brought with him a great new re-mix.

The new track/ video is called “Boo-Bass” and it is an ambient track created off of sound remixes from the Disney/ Pixar film Monsters Inc. It is really great to see him doing Disney animated remixes again. The last remix we saw from him a few months ago was actually for Will Smith’s theme to The Fresh Prince of Belle Air. 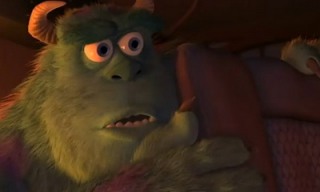