Do The Sesame Street gang hate the police? Is Cinderella a Slut? Is Winnie the Pooh ready to kill Kurtz? These answers and more after the jump!

The whole point of subversive video is to comment on, deconstruct, or challenge media narrative to existing media. These videos have been popping up online more and more lately and some of them are just too entertaining for us not to show you. We wanted to round up a couple of our favorites so here you have:

1. The Sesame Street Characters singing NWA’s Fuck the Police
2. Apocolypse Pooh – A remix of audio and video that combines Whinnie The Pooh with Apocalypse Now!
3. The Reagans Speak Out on Drugs – A video remix that is cut to show Ronald and Nancy Reagan promoting drug use in America.
4. Perhaps, Perhaps, perhaps – A subversive recut of Star Trek footage that exploits the potential for a homosexual relationship between Spock and Kirk
5. Cinderella+++ – A remix of Disney movies with clips from popular TV shows and movies with conversations about love and sex.

Here is the mission of the group making and gathering these videos:
For the purposes of creating this history I used five essential criteria to decide if a transformative video work fit into the political remix genre.

1. Works appropriate mass media audiovisual source material without permission from copyright holders, and rely on the fair use doctrine (or fair dealing in the UK).
2. Works comment on, deconstruct, or challenge media narratives, dominant myths, social norms, and traditional power structures—they can be either sympathetic to or antagonistic to their pop culture sources, sometimes both at the same time.
3. Works transform the original messages embedded in the source material, as well as the source material itself.
4. Works are intended for general audiences or do-it-yourself (DIY) communities rather than academic or high-art audiences, and thus tend to use familiar mass media formats such as trailers, television ads, music videos, and news segments as vehicles for the transformed messages.
5. Works are DIY productions and rely on grassroots distribution methods such as VHS tape duplicating circles, underground screenings, and, eventually, self-hosted Web sites. Since its launch in November 2005 many subversive video makers now put their works on YouTube 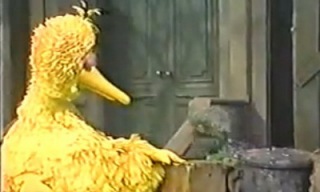