The first Fan made Star Wars Film was such a huge success that now it’s time to make The Empire Strikes Back!

The first Fan made Star Wars Film was such a huge success that now it’s time to make The Empire Strikes Back!

PUNCH IT: The Empire Strikes Back Uncut trailer we’ve all been waiting for. starwarsuncut.com/empire
Star Wars Uncut is a crazy fan mashup remake of the original Star Wars movies. The saga continues with over 1500 participants re-imagining the classic Star Wars Episode V: The Empire Strikes Back. This teaser is full of awesome Empire Uncut scenes from far and wide, ready for your previewing pleasure. We are continuously blown away by the creativity and craft we’ve seen from every user – now it’s time to spread the word to the rest of the galaxy!
You can still claim a scene to remake until May 1. Get excited for new viewing options to watch completed scenes coming soon…

On the off chance that you are not one of the 750,000 people who watched the first Uncut Star Wars film, check it out below in its entirety. 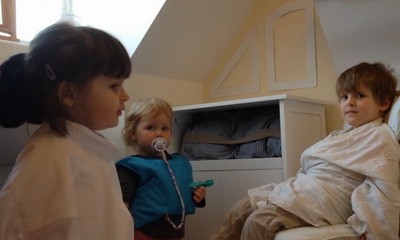