I’ve got a strict rule about putting my junk anywhere near something that could rip it off. 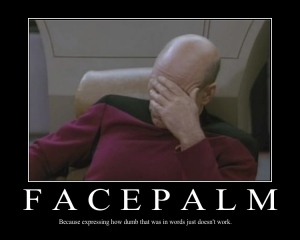 There’s a moment in every man’s life that women just don’t understand. We’re standing there… at the car wash… casually vacuuming the floor mats in our cars when an urge over takes us. Maybe its the gasoline wafting through the air. Perhaps its the roar of the giant dirt-sucking hose in our hands. Whatever it is, our inner Barry White takes over and we just can’t think of anything but making sweet, sweet love to that gas station vacuum.

At least that’s was the excuse a man probably used when he was arrested for “receiving sexual favors from a vacuum” at a car wash in Thomas Township, Michigan.

Police Sgt. Gary Breidinger says a resident called to report suspicious activity at the car wash about 6:45 a.m. An officer approached on foot and caught the man in the act.

Personally, I don’t know what the hell this man was thinking. I’ve got a strict rule about putting my junk anywhere near something that could rip it off. Was he watching too much Anime? What’s he going to tell the other guys in Lock up? Did they clean off the Vacuum before the next person used it? So many questions…