This is pretty amazing, but I kind of wish it was fried.

This is pretty amazing, but I kind of wish it was fried. The artist’s name is Peter Root, which is pretty ironic considering that he just created an entire city out of tubers. He created this city with 80 lbs of potatoes. Here’s what the Sun had to say about him:

Details include TV aerials, hundreds of windows on tower blocks and the crescent moon of Islam on mosques.

Brit Peter, from Guernsey, said of the artwork named Plot: “Plot was not modelled on Istanbul, rather influenced by various aspects of the city.

“That includes its sprawl and density, the beautiful, delicate and ornate architectural detail and the crumbling decay of certain areas.

“I chose potatoes because they are available in abundance and are amazing things to sculpt with.

“They can be chopped, carved, sliced, drawn into, balanced, dried.” 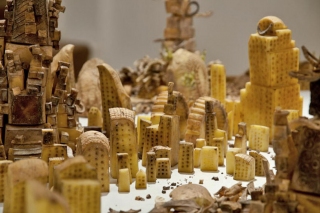 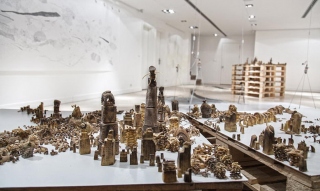 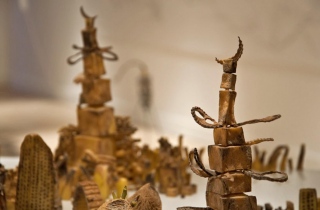