The Gruesome But Fascinating Animal Inside Out Exhibition

Ever wondered what a shark would look like if all you could see was its circulatory system?

We’ve talked about the guy who does this before. His name is Gunther von Hagens and he has an exhibit travelling the world that shows humans off in the same way called Body Worlds. His newest exhibit focuses on animals and it is both horribly gruesome and amazingly fascinating. He treats the animals with a process called plastination which removes all the blood from the muscles, veins and arteries and replaces them with a latex material. He suffered through a lot of controversy in the past when some people had suggested that Chinese prison inmates had been the source of his bodies. I’m sure that PETA will have something to say about this exhibit as well. Still, to see an elephant or a bull laid out like this. It really is amazing. Not to mention the Giraffe… though I have to admit, I think I prefer them with their skin on. 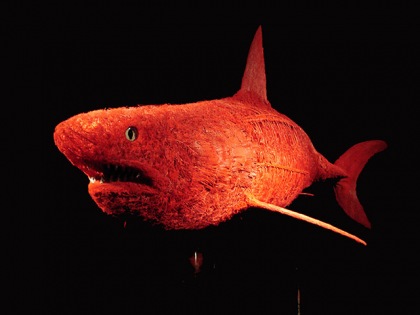 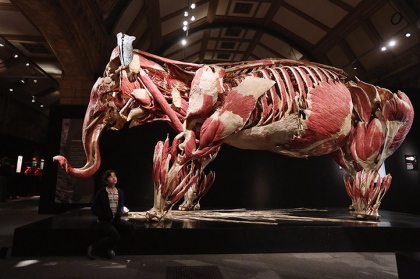