The Lovers, the Dreamers, and Me – A Jim Henson Tribute Exhibition

Check out the works from the stunning art exhibition in honor of Jim Henson! Muppets, Sesame Street, Dark Crystal and more!

Gallery Nucleus in Alhambra, CA is currently featuring one of the coolest Jim Henson inspired art shows that we’ve ever seen here at YBMW. The show, which is appropriately called “The Lovers, The Dreamers and Me” is running right now and will be on display from now until January 2, 2012.

Here is some info on the show as well as a full list of the talented artists who are involved.

Jim Henson’s accomplishments have left a widespread and enduring impression on generations of admirers since his first endeavors in the late 1950s. From his iconic and colorful cast on Sesame Street to the groundbreaking fantasy Dark Crystal, Henson’s imagination and ingenuity have ignited a path that many others have since followed.

Timed with the release of Disney’s The Muppets motion picture and news on a forthcoming Henson biopic, Nucleus has invited more than 30 artists to pay homage to this universally beloved visionary whose inspiring concepts and characters have impacted our culture in a monumental way. The collection will showcase a variety of mediums from a roster of professionals who are also genuine fans. 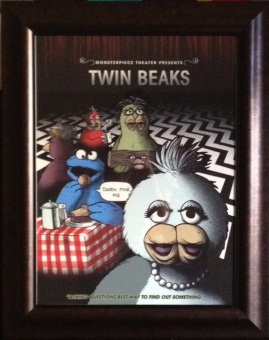