“Mr Mayor, are you aware that we are naked, bare naked under our clothes?”

“Mr Mayor, are you aware that we are naked, bare naked under our clothes?” That was the question that reporter Lori Welbourne, host of “On the Rocks Talk,” asked the mayor of Kelowna shortly after she dropped her top and exposed her breasts for him.

The gimmick was meant to prove a point about the absurdity and unfairness of nudity laws between men and women. I’m not sure what the point really was, as it is not illegal to be topless in Kelowna.

The most impressive part of the video is that the mayor actually managed to maintain eye contact for the duration of the interview. 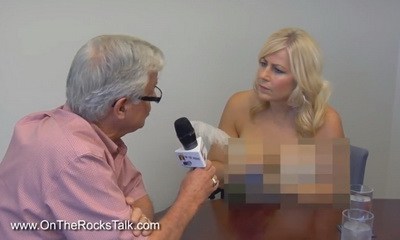