It is said to use light that “has been redirected using a fine grating created by self-assembling nano-particles.” 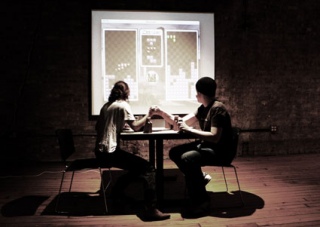 You must feel pretty proud of your new state-of-the-art LCD or plasma widescreen TV, huh? Nothing like getting rid of that environmentally unfriendly CRT and being current, right? Yup, you must be pretty proud… that is until you hear about the Jones next door who picked up Toshiba’s new flexible OLED wallpaper TV. Yes, that’s right, wallpaper. TV. Did the I mention that that it’s more energy efficient and has a larger screen?

OK, in all seriousness, Toshiba’s OLED television wallpaper is still in its early stages of development and is not yet commercially available. It is said to use light that “has been redirected using a fine grating created by self-assembling nano-particles.”

The television wallpaper is currently in the early stages of research, and is many years away from commercial production.